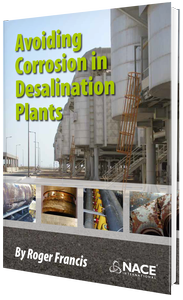 The world’s population is steadily increasing and with it is an increasing demand for water—for both drinking and irrigation. In many areas of the world, particularly in warmer climates, there are limited sources from rivers and wells, so desalination is being increasingly used to produce water to satisfy both requirements. Although desalination is sometimes carried out on brackish waters and highly saline well waters, most desalination plants generate fresh water from seawater.

There are three main processes used in desalination plants, the oldest of which is multistage flash (MSF), where the water is essentially boiled at low pressure and the steam that flashes off is condensed for drinking water. The second process is multiple-effect distillation (MED), in which low-pressure steam is used to force evaporation of seawater and the vapor is then condensed for drinking water. Although actual MSF and MED plants (large-scale) are land based, small-scale units have been fitted to large ships, such as cruise liners, to generate fresh water.

The third process is seawater reverse osmosis (SWRO), where chloride is selectively removed from water by forcing it at high pressure through a special membrane. This method involves no heat transfer but requires enough electricity to power the high-pressure pumps that are required. All three of these methods have advantages and disadvantages.

This book looks at corrosion problems specific to MSF, MED, and SWRO desalination plants, describing their causes, some solutions, and the relative performance of various materials. It gives advice on procuring materials for desalination plants to avoid quality problems.

Use and Misuse of Laboratory Tests