HOME PRODUCTS & SERVICES DIRECTORY OF SUPPLIERS CASCADE OPTICAL CORP. PRODUCT ANNOUNCEMENTS WHAT CAN IOPLASY DO FOR YOU?

What can IOPLASY do for you? 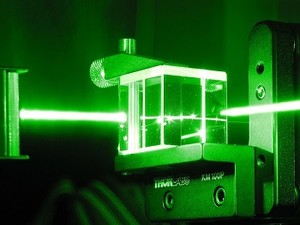 Cascade Optical utilizes a precisely optimized marriage of the P-V-D and I-A-D process called IOPLASY. This process interactively combines neutral inlet gases and ions with P-V-D and other control parameters to address specific low temperature low stress coating requirements for a variety of applications applied to any surface - such as: fiber optics, laser crystals, and temperature sensitive lenses in addition to the vast array of standard optical substrates.

We offer a full facility for fabricating optics for mirrors, windows, beam splitters, and prisms.   See details of the types of coatings IOPLASY enables.

ANTIREFLECTIVE: (AR) single or multilayer coatings reduce reflection at the interface between two media (such as fiber - air interface) .  For example reflection loss of 3.5% at a fiber-air interface (fibern= 1.45) is commonly reduced to 0.1% so called V-coatings

PARTIALLY REFLECTIVE In non-linear and laser optics, all -dielectric multilayers are predominantly utilized on output -input coupling devices. In standard optical applications, partially reflective coatings operate at a near-zero angle of incidence which reduce the intensity of incident light or laser radiation

SHORT & LONG WAVE BEAMSPLITTERS.  POLARIZING BEAMSPLITTERS. DICHROIC BEAMSPLITTERS:  Short Wave and Long Wave pass filters transmit one portion and reject some other region of the spectrum. If the filter transmits in the shorter wavelength region, it is known at the short wave pass (SWP).  If the pass band is in the  longer wavelength, the filter is known as the long wave pass (LWP).  Both types of filters usually consist of several different stacks and in most cases, have more than 35 layers .

INTENSITY BEAMSPLITTERS. COMMUNICATION FIBERS. MEDICAL FIBERS. If intensity splitting is required, fibers are polished at a design angle and are coated with an intesity spliting coating.  These coatings are generally designed as single quarter -wave stacks  Various intensity beamsplitters at any other wavelength, angle of incidence and R/T ratio are also available.

Specialty Coatings for Optics up to 20"

Coating and Fabrication Expertise and Capacity

5 Crucial Factors in Coating Your Optics