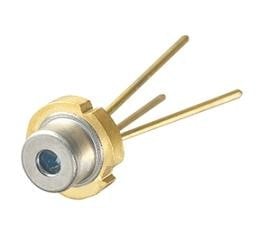 Pulsed semiconductor lasers in the near IR (NIR) are commonly used for long distance time-of-flight or phase-shift range finding systems. Excelitas offers a broad range of suited pulsed 905 nm lasers including monolithic layered structures with up to 4 active areas per chip, resulting in up to 100 Watts of peak output power.

A laser diode is a laser where the active medium is a semiconductor similar to that found in a light-emitting diode. The most common and practical type of laser diode is formed from a p-n junction and powered by injected electric current. The laser cavity has mirrors at each end to reflect back and forth photons to create an amplification effect when the waves are in phase. At certain frequencies a stable standing wave pattern is formed. At these frequencies the cavity is in resonance, and the oscillation can be sustained with minimum losses. At resonance, an integral number of half wavelengths of the resonating wavelength of the resonating wave must fit into the light of the cavity:

The Smartest Choice for Your Smart Technology