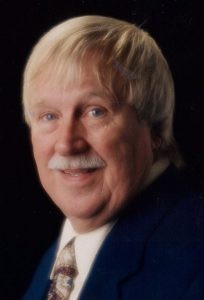 Established by MCAA to recognize individuals whose body of work have contributed to the instrumentation and control industry in a significant and memorable way, Mr. Ken Hoffer, CEO of Hoffer Flow Controls, Inc. was inducted into the Measurement, Control and Automation Hall of Fame.

Founded in 1969, Mr. Hoffer’s namesake flow meter company, Hoffer Flow Controls, is an innovative leader in solving critical and demanding flow applications. In the early years, Hoffer Flow Controls specialized in cryogenic flow measurement systems and pioneered the use of the turbine flowmeter in cryogenics. Today the company manufactures high precision turbine flowmeters, not only for the cryogenic industry but is a world leader in
turbine flowmeter technology for the measurement of clean liquids and gases throughout the processing industries.

Mr. Hoffer has received many honors and awards over the years including North Carolina’s Small Business Exporter of the Year, Schlumberger GOLD Level Supplier, and was awarded the Distinguished Supplier Award by the United States Navy for maintained ballast flow control/flow measurement onboard the USS Cole following its bombing in October, 2000 which was critical to the ship's survival.

MCAA provides manufacturers and distributors of instrumentation and systems with the best community and resources for business effectiveness and growth through market and business insights, unique networking opportunities, and unbiased, affordable market data.