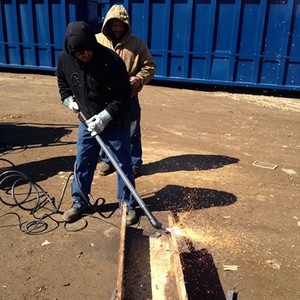 Hypertherm, a U.S. based manufacturer of plasma, laser, and waterjet cutting systems is expanding its industry leading line-up of Powermax air plasma torches with the introduction of Duramax Hyamp torches. The new offerings include “long” torches for extended reach cutting and a number of robotic applications.

All of the Duramax Hyamp special application torches are made from high impact, heat-resistant materials to withstand the harshest industrial environments. The torches are compatible with the Powermax125, as well as the Powermax105, Powermax85, and Powermax65 plasma cutting and gouging systems and feature Hypertherm’s patented FastConnect™ technology to make switching between torches easy.

Plasma cutting aluminum, what you need to know