Indium Metal for Soldering and Sealing 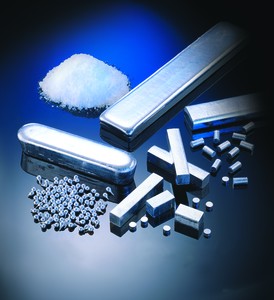 No other metal is as versatile as indium metal. In its various forms it can be used for:

Benefits of Using Indium for Solder and Sealing

Our technical support and applications engineers can help you determine what form of indium is best suited for your application. Please contact us at askus@indium.com.

Solder Preforms - A Primer and Video