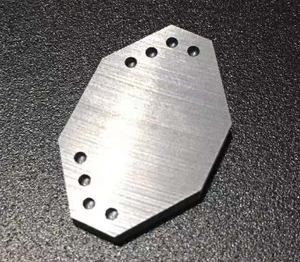 Generally, aluminum and silicon are used as the substrate for the reflector, the molybdenum reflector can work in the harsh environment with long service life, high power bearing, no need of coating on the surface, resistance to sweep, and low reflectivity. silicon is the most commonly used substrate for coated reflectors and has excellent optical and thermal properties. for mirror also konw as reflector, it has high reflectivity, durablity, thermal properties of the advantage of stability. produces the highest reflectivity of metal film silicon reflector 99.8%, leading position in the lasere industry. the laser relector is an important element in the laser ray transmission system, in the co2 laser optical path, the reflector can be used in two aspects, the reflector in the laser tube can be used as the tail mirror. in some in the design of laser, laser reflector can change the light in the laser tube, have the effect of reducing laser tube length: outside the laser tube,reflection lens and focus lens, constitute a complete optical path, make the design of the laser machine for more section first space, reducing Laser Loss and Maximizing Laser Power.