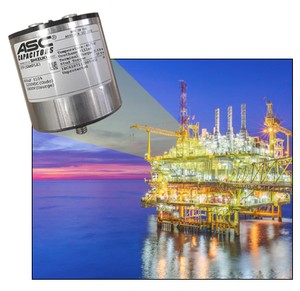 New Yorker Electronics has announced the release of the new ASC Capacitors Inverter Filter Power (IFP) DC Filter Capacitors. The IFP Series has been designed for use in modular DC link mounting and features singular connections with high ripple current and low ESR.

Their cylindrical shape and terminal spacing reveal its original application as a drop-in replacement for electrolytics. Now, applications include, but are not limited to: frequency converters, solar power inverters, motor drives and other DC filtering applications. Typically, film capacitors can handle much higher currents and as a result, bulk capacitance can be reduced. The IFP Series has a capacitance range of up to 4420uF. It can be used alone or in arrays for high bulk capacitance and bus filtering.

The capacitors are potted with urethane which provides superior thermal conductivity to help transfer internal heating at high current levels to the aluminum shell, extending the life of the capacitor. It can be mounted in any position and its male (M6-M8) and female (M5-M8) terminals are tin plated brass.