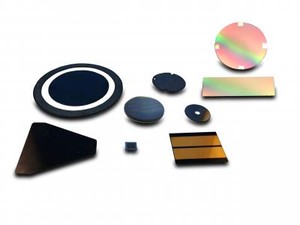 30 years ago on April 24th, the Space Shuttle Discovery launched with the Hubble Telescope on board. In the years since scientists around the world have uncovered mysteries of the universe through the information Hubble has gathered.

When this iconic telescope was launched into outer space, Photonis was on board with its long-lasting, large format microchannel plates (MCPs). The Cosmic Origins Spectrograph (COS) instrument examines the formation of distant galaxies, stars and planets. Through the use of spectroscopy, scientists are able to study structures which emit light to determine their temperature, density, chemical composition and velocity. Photonis has provided MCPs which are used to examine objects in the near-UV range (170-320 nm) on the COS instrument.

“We are proud of our long history in providing components which are used to make important galactic discoveries,” stated Bruce Laprade, President and General Manager of Photonis Scientific, Inc. “The Hubble Telescope is one of the more well-known space observatories and as such carries a certain significance that Photonis is honored to have contributed to.”

The Hubble Space Telescope was launched in 1990 as a joint project between ESA and NASA. It has been called “one of the most productive scientific instruments” to orbit Earth, due in part to the 15,500 papers astronomers have been able to publish as a result of the observations Hubble has provided. Additionally, thousands of groundbreaking images have been captured of nebulas, star clusters, and galaxies. Through the study of the information gathered by Hubble, scientists continue to advance our knowledge of the solar system and its many complexities.