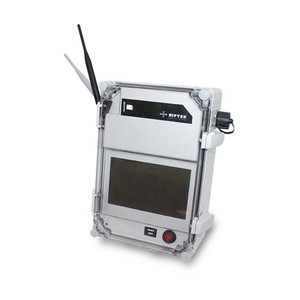 The system is designed for multi-coordinate monitoring and measurement of displacements (deformations) of complex structures (bridges, power machines, etc.).

Coverage distance of the wireless communication channel of the central
computer, m: 500
Maximum number of subsystems, with which the central computer can operate
simultaneously: 4
Measurement range, mm: 20
Measurement error, μm: 2

The central computer of the system is designed to receive data from subsystems remotely and to control subsystems via the wireless communication channel (radio channel 900 MHz), as well as to process these data.

The subsystem computer is designed to control, receive and process data from absolute linear encoders, and then to transmit them to the central computer via the radio channel.

Systems for Control and Regulation of Diameter