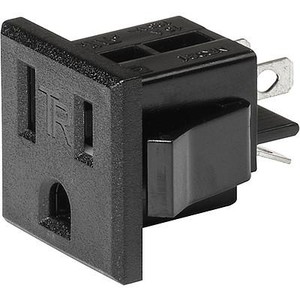 The concept of tamper-resistant receptacles is not a recent development. These devices have been a standard product offering among manufacturers of wiring devices, such as the familiar duplex units, power strips and power distribution units, for many years. The devices are designed to protect individuals (primarily children) from accidental shock resulting from the insertion of foreign objects, according to the US National Electric Code NEC® Article 406.12, which states that all 15- and 20-ampere, 125- and 250-Volt nonlocking-type receptacles installed in dwelling units must be Tamper Resistant. In 2017, changes to the Code expanded on these requirements and locations. Tamper-resistant receptacles were previously required in dwelling units, guest rooms, and guest suites of hotels and motels, and in child care facilities. The expanded Code brings these safety devices to preschools and elementary education facilities; business offices, corridors, waiting rooms in clinics, medical, dental offices, and outpatient facilities; to areas of occupant assembly, such as places of awaiting transportation, gymnasiums, skating rinks, auditoriums; and to dormitories. These expanded locations are areas that small children frequently occupy.

Tamper resistant receptacles feature a UL recognized safety shutter system that prevents the insertion of foreign objects into a receptacle. The safety shutters will only open upon simultaneous insertion of two plug blades. Additional tests including Probe Test, Impact Test, Mechanical Endurance Test and Dielectric Voltage Withstand Test for Tamper Resistant Receptacles TRR are included in UL 498. After passing all the above performance tests, tamper-resistant receptacles must have either the words “Tamper Resistant" or the letters "TR" on the device as clear indication of compliance.

With the option of an added insulated wall between the L, N terminals, the NR020 and NR021 series are also designed for use in Household and Commercial Furniture and Furniture Power Distribution Units (FPDUs). The insulation wall enables compliance according to the Spill Test, outlined in UL 962 Sec. 62, otherwise requiring manufacturers to design more complex and costly systems to comply.

Packing density of equipment for data communication and storage continues to be regularly revolutionized with the surge of usage and functionality. Increasing ambient temperatures go hand in hand with these advancements, as demand trickles down to the smallest components to keep pace with emerging needs of the appliance manufacturers. The NR010 and NR020 series have an operating temperature range of -25 ?C to 150 ?C in response to these heightened power needs. In addition, the NR010 with IDC terminals provides a version with an independent L terminal. The neutral and ground terminals can still be bussed, while the line terminal accepts maximum load according to UL rating 15 A, 125 V, allowing for increased functionality to each outlet individually.

Universal Modular Fuse Approved Up To 10 A By VDE