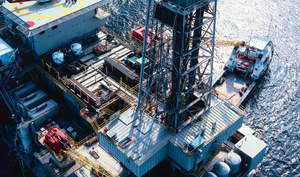 Moore’s Law is hard at work, with silicon foundries churning faster-than-ever processors with every passing year. One may think that this tip the balance in favor of everything digital, but does it really? Read on and find out.

Let’s start off by analyzing the classic analog drive. An external controller is employed to generate a /- 10Vdc signal, with the drive monitoring the winding current and estimating mechanical torque. A compensator is utilized for calculating the difference and generating the command signal, followed by a PWM that is used to control the switching voltages of the motor.

In contrast, digital drives encapsulate the previously mentioned calculation within the software program. The obvious advantage is compact size as well as the ability to update a new compensation-scheme algorithm on the fly. Both the current and torque signals have to be converted into digital representations. This is done by a sample & hold and an analog-to-digital converter. The higher the bit-capacity of the converter, the greater the accuracy of the digital representation.

As stated earlier, the upgrading of firmware is a major advantage of digital drive systems. Upgrades that are hardware-based in analog drives can simply be transformed into a few lines of code with digital drives. An example is that of active damping that required 100 components in an analog-drives while only a few lines of code in digital drive systems. New software can simply be posted on the manufacturer’s website, or with modern IoT based variants, flashed remotely.

However, all is not golden. A major issue with digital drives is the sampling delay. Several hundred microseconds have passed when the controller’s torque command is sent and received by the drive control algorithm. The bandwidth of a motion system can be affected by this delay. An analog compensator constantly monitors the current while it is split into pulse-by-pulse control in digital system. Furthermore, the duty cycle of a digital system may lead to increased current values, causing problems in low inductance systems that have large current ripples.

Analog drives are less expensive that digital ones, however, the latter does provide greater flexibility, especially in systems that are prone to change with the passage of time. Advancements in digital circuitry are still needed to follow problems such as that of delay and pulse control, so that the performance of digital drives can be brought at par with analog drives in all aspects.

An Overview of the Solcon Data Logger