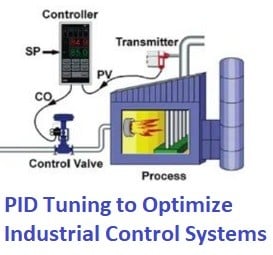 First proposed in the early 1920’s, proportional-integral-derivative (PID) algorithms are the gold standard in industrial control systems design and optimization. Almost all industrial automatic control systems rely on PID tuning in one form or another, whether in steering and guidance systems for heavy vehicles, temperature and fluidic systems in manufacturing and refinement processes, and even industrial motion control systems. A century later, the critical impact of PID algorithms is felt by power, industrial, and automation engineers all over the world, giving rise to a new generation of intuitive control methods that can make the world safer and more productive.

What is PID Control?
PID control refers to an algorithmic approach to modulating the roughly independent system inputs (e.g. temperature, torque, etc.) using proportional, integral and derivative relationships. User input as well as feedback from the system each have a place in the proportional-integral-derivative algorithm and contribute to the output.

What can a Venable FRA Measure?