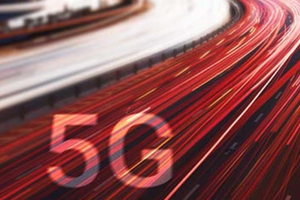 China choose the Sub-6GHz frequency band is mainly to solve the signal coverage problem of the 5G network first, and put 5G technology into practical application as soon as possible, so that most consumers can use the 5G network. Of course, China also has not stopped in the development of millimeter waves.
The characteristics of the millimeter wave frequency band is that millimeter waves are electromagnetic waves with a wavelength of about 1 millimeter to 10 millimeters. It has fast transmission speed, high millimeter wave bandwidth, low delay, and high capacity, but they have poor penetration . Millimeter waves not only require more signal towers to cover the signal, but also require to output high-intensity signals continuously. The output power of 5G base stations is three times that of 4G, and the power consumption is a huge expense. 5G mobile phones using millimeter wave technology can be blocked by almost anything, such as phone booths, glass, trees, and rain etc. As long as there is obstruction between the base station and the mobile phone, the 5G network may fall back to 4G.
At present, the highest downlink rate of chips supporting Sub-6GHz is 4.7Gbps, while the downlink rate of chips supporting millimeter waves can reach 7.35Gbps, theoretically even 10Gbps high-speed transmission can be realized. Sub-6GHz and millimeter waves are complementary, not iterative. Just like the data cellular network and Wi-Fi, network construction depends on the specific needs of the operator and operating environment.
The millimeter wave has a higher bandwidth, which makes it easier to solve the problem of user network congestion, while satisfying more people to surf on the Internet. This technology has a small coverage area and it is more suitable for applications in densely populated scenes such as stations, airports, and stadiums. To achieve the same coverage level as Sub-6GHz, the base station density is at least 5 times that of Sub-6GHz base stations, and the cost is naturally higher.
High-frequency millimeter waves naturally have their advantages like it can provide faster and high-quality network services, but because the wavelength of millimeter waves is basically only 1-10 mm. Not only the coverage distance is short, but also the signal attenuation is large during the transmission process, and it is easily blocked.
For Sub-6GHz frequency band, due to the long transmission distance and the wider coverage of the honeycomb, compared to the high-frequency millimeter wave, the demand of base stations will also be small. At the same time, the technology used in the Sub-6GHz frequency band can follow the technology developed during the 4G period, which can not only greatly reduce the connection of the base station, but also reduce the total weight of the base station. In addition, the industry chain of radio frequency components related to the Sub-6GHz frequency band is already relatively mature.