Water quality photometers and colorimeters are instruments designed to determine the concentration of a solution from its color density.

Colorimetry is a widely-used, effective method for testing water quality. This process involves adding a chemical reagent to a water sample to be measured. Because the color absorption is proportionally dependent upon the chemical substances found within the sample, the concentration of certain chemicals can be determined by comparing the colored sample to a reference color. 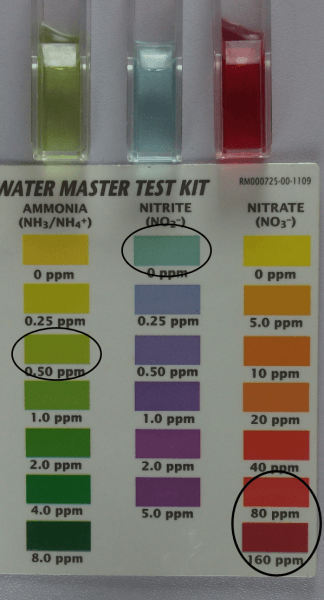 The proportional nature of absorption and light transmission discussed above is described by Beer-Lambert's law, which is actually an amalgamation of two separate laws. Beer's law purports that the amount of monochromatic light passing through a colored solution decreases exponentially as a result of an increase in concentration of the colored substance:

It = intensity of transmitted light

e = base of the natural logarithm

According to Lambert's law, the amount of transmitted light decreases exponentially with an increase in colored solution thickness:

where IE is the intensity of emerging light and all other variables are defined as above. Therefore, by knowing the molar absorption coefficient and the unique wavelength of a substance in water, an unknown sample can be compared and the concentration can be determined.

The image below shows the simplified operation of a typical colorimeter. In this example, light of a substance-specific wavelength is passed through a solution containing the substance. (This wavelength is one known to be strongly absorbed by the substance.) The transmitted light strikes a photocell which measures the amount of light absorbed and outputs this figure as absorbance. By comparing the figure to a reference curve, an operator can determine the concentration of the substance within the solution.

Photometers are electronic devices which function as digital colorimeters. By eliminating the subjective element (namely the human eye) and variable light conditions associated with visual colorimeters, photometers are capable of providing much more accurate measurements.

An operating photometer moves through these components sequentially. The light source emits white light, which is then filtered using the wavelength control. The resultant wavelengths pass through the sample and are sensed by the detector, which in conjunction with the meter displays either the percent transmittance or percent absorbance.

While all photometers perform the function listed above, they can be classified into two different product groups depending upon the method of controlling emitted light:

Colorimeters and photometers are both uniquely suited to different water quality analysis applications. Some factors to consider when selecting a device are listed below.

Water quality analysis consists of measuring the presence and quantities of certain constituents, or chemical substances, which reside in a sample. The table below lists several common constituents and groups of constituents. Note that some of these—such as heavy metals—are necessary for biological function in small amounts but toxic in larger quantities.

Water quality colorimeters and photometers may be produced, tested, and used according to various published standards. A few example standards are listed below.