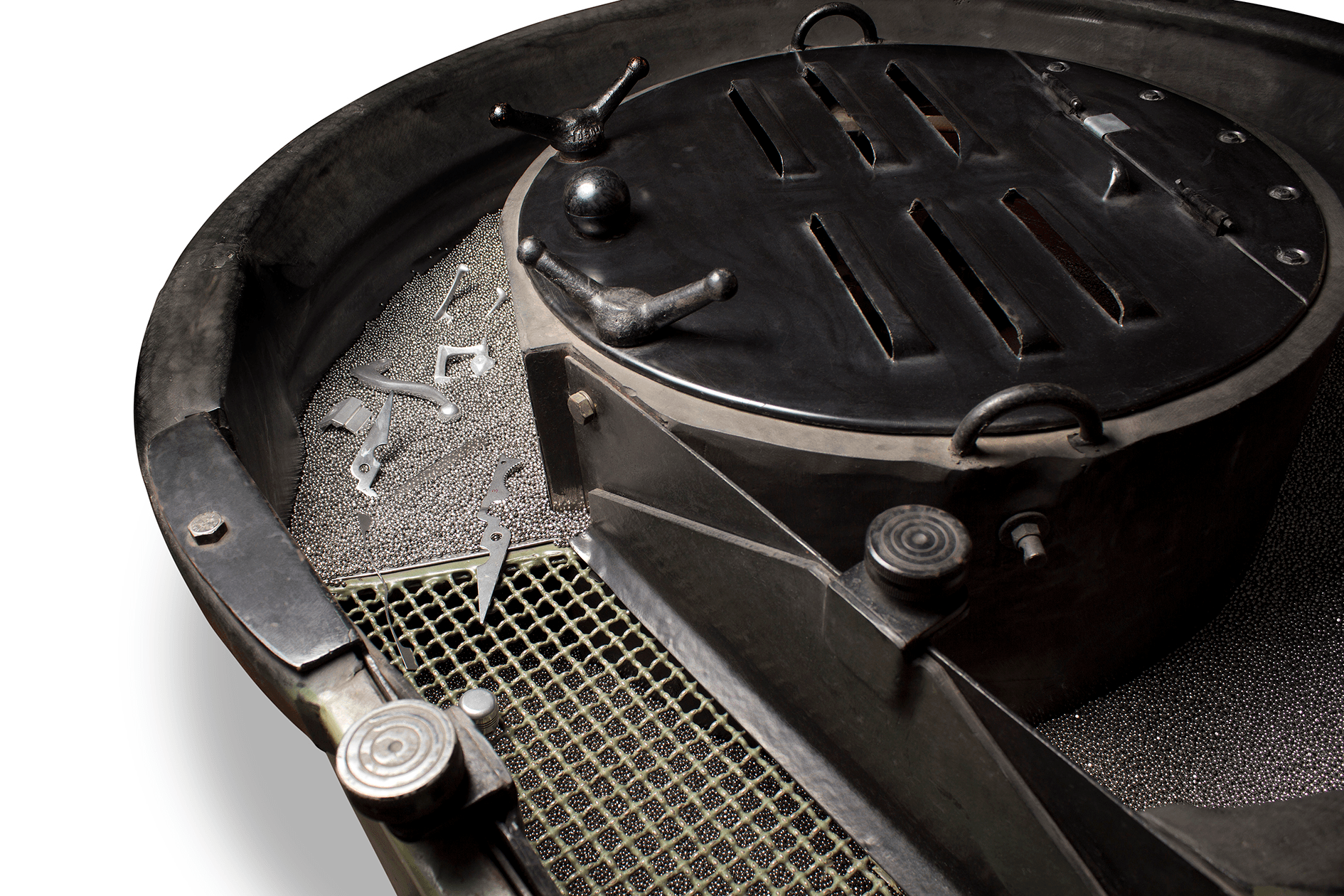 There are several types of mass finishing machines. Each part finish requirement will determine the type of equipment needed:

Vibratory finishers and mass finishing machines lend themselves to a full spectrum of automation. Depending on the production requirements and operator training, several levels of automation can be included in system design.

To further customize a mass finishing system, many features may be available to improve equipment performance. Spindle orientation is an important feature in many abrasive systems:

Other special features may address the specific needs of the parts being produced. These features may improve the process effectiveness or provide greater safety for the operators and other workers.

In the world of metal parts, burrs, spurs, rough finishes, and sharp edges are a product of the techniques used to produce the part. Mass finishing allows many parts to be processed at once, reducing throughput time and manpower requirements. From drum finishers to tumblers to vibratory finishers, very specific process methodologies have been developed to get the best finish results at the lowest cost. Depending on part size, shape, and material, deburring, polishing, smoothing, super finishing, cleaning, pre-plate finishing, ball burnishing and barreling or tumbling needs can be met with the right system.

Engineering360—The Role of Abrasives in Woodworking