Process water is defined as water that cannot be classified as drinking water and is used in industrial equipment and processes. It is commonly used in boilers, cooling towers, or heat exchangers.

While water's low cost, wide availability, and heat-exchange abilities make it an ideal heat exchange medium, its characteristics as a solvent can cause unwanted side effects in industrial systems. The most common harmful effects can be classified into the four main categories discussed below.

Corrosion is an electrochemical process in which a metal—commonly mild steel or another lower-cost material—returns to its natural oxide state, causing metal thickness loss or full penetration through a metal tube wall. Corrosion begins when metal ions dissolve into an electrolyte (water, in this case), leaving behind electrons. These free electrons flow through the metal and gather at a cathode point, where electron-consuming reactions occur. The reactions result in metal loss and possible formation of deposits. 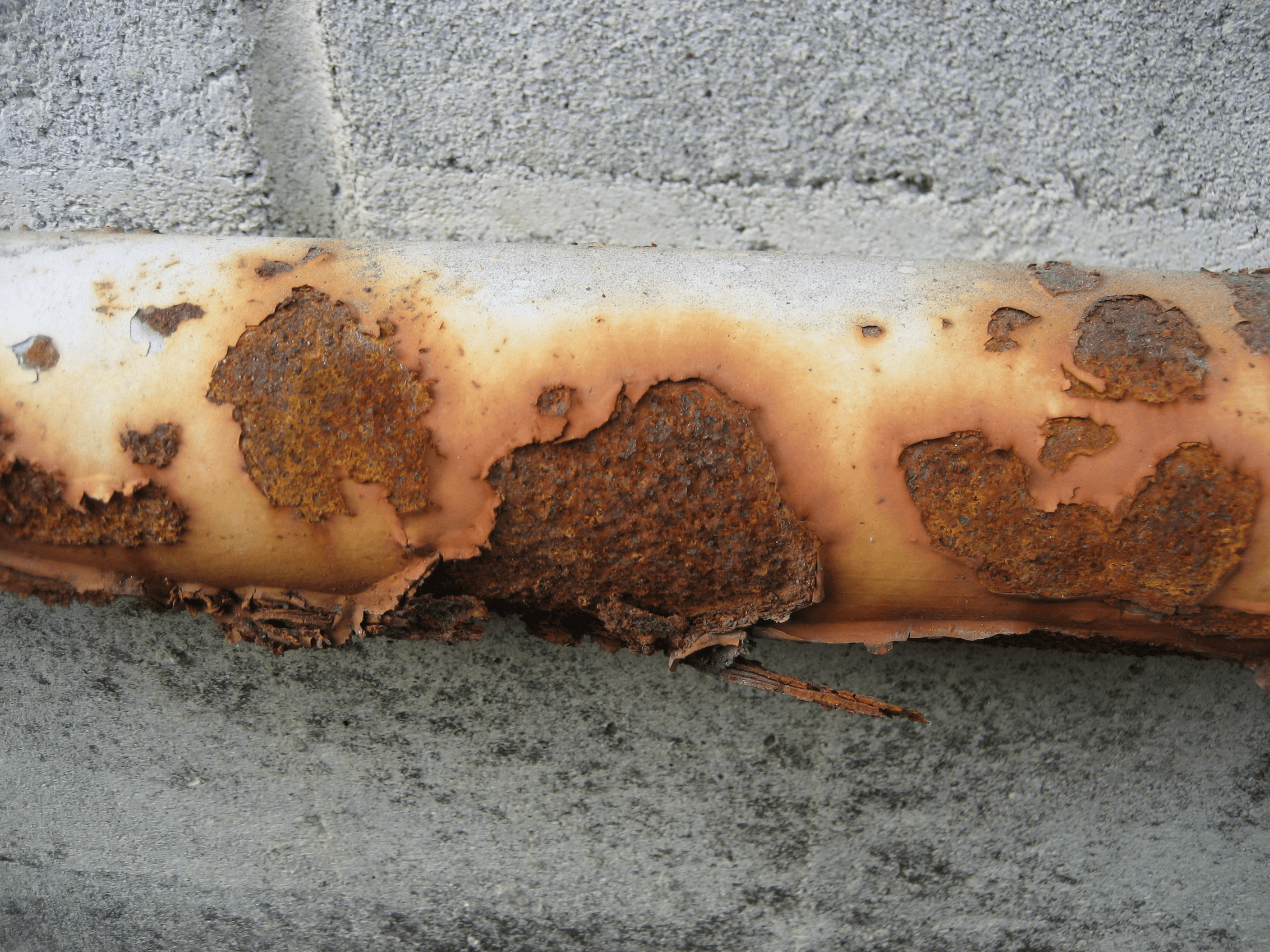 Scale is a primarily inorganic coating formed by water-soluble minerals. Common scale minerals are calcium carbonate, calcium phosphate, magnesium silicate, and silica. A mineral that is less soluble in a certain water sample is more likely to precipitate on surfaces as scale. A water sample's ability to form scale is determined by four factors:

Fouling is the accumulation of solid contaminants, other than scale, that contributes to equipment deterioration or hampers system performance. Foulants include dirt, silt, sand, organic materials, microbial masses, and certain phosphates. This phenomenon is generally more prevalent in water containing large amounts of suspended material, but environmental factors such as temperature, flow velocity, microbial growth, corrosion, and contamination can also influence fouling. 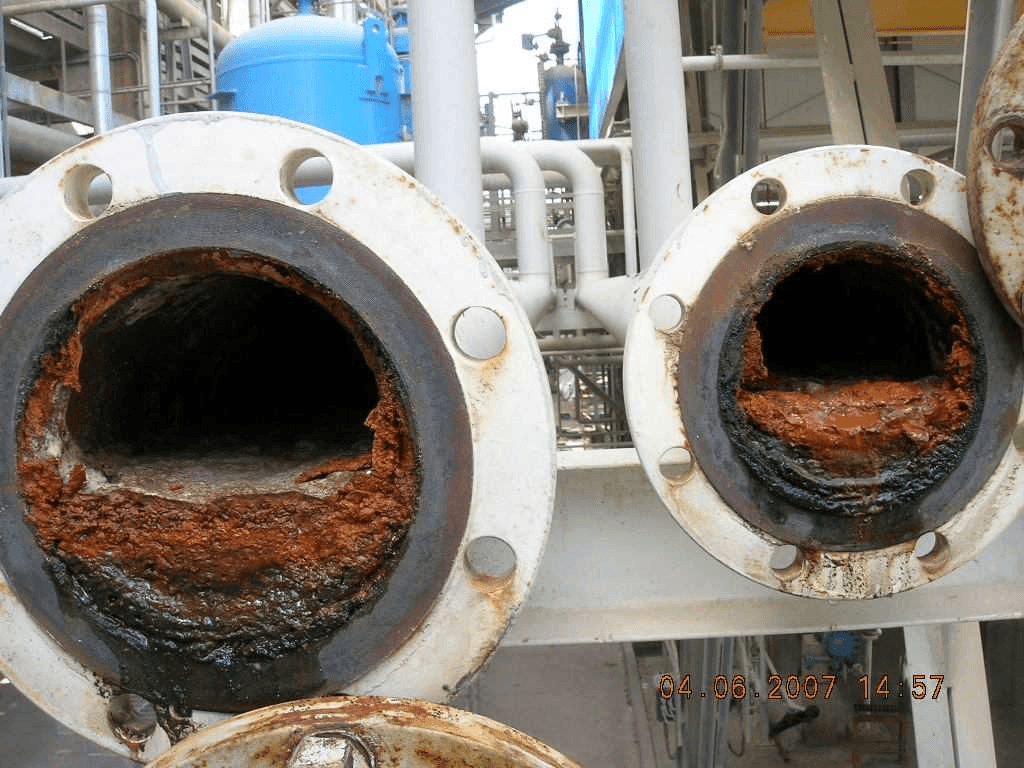 Biofouling in a cooling water system.

The problems above can have a direct negative impact on systems using process water. Common problems include:

Chemical suppliers often classify their products based on the categories below.

Chemicals such as algaecides, biocides, and other disinfectants kill unwanted organisms in process water.

Algaecides kill algae and cyanobacteria (blue-green algae) in a water sample. While introducing an algaecide into a system eliminates all algae present, it does not remove the toxins released by the algae prior to death.

Biocides and other disinfectants are toxic to micro-organisms and rapidly reduce their numbers, causing the population to die out. The most common biocides are oxidizing types such as chlorine, chlorine dioxide, and ozone. When oxidizing biocides are ineffective in a particular water system, non-oxidizing agents such as copper salts, amines, chlorinated phenolics, or quaternary ammonium salts may be used. For more detailed information on biocides and their reactions, visit Lenntech's biocides page.

Each disinfectant has inherent advantages and disadvantages. For example, ozone is highly effective in both liquids and on surfaces and is commonly used in pharmaceutical applications and process water treatment, but is expensive.

Chemical corrosion inhibitors react with metallic surfaces to provide protection against corrosion. There are five types:

Flocculants promote the formation of bonds between suspended solids in a water sample. When suspended solids bond to each other they form a larger particle called a floc. Flocculants have one or more assigned charges that generally determine their function. Cationic (positive) polymer flocculants are based on nitrogen, while anionic ones are based on carboxylate ions. Polyampholyte are specialized compounds that carry both positive and negative charges.

pH conditioners, such as hydrogen chloride and natrium hydroxide make finer adjustments. The amount of substance used depends on the necessary adjustments. Manufacturers may also offer monitors and controllers related to chemical water treatment. Monitors contain sensors or probes that return data on key variables, including pH, water quality, temperature, and the amount of chemicals already contained in process water. Further information on these instruments and sensors can be found in the following Engineering360 specification guides:

Specialized controllers may be used to control chemical treatment. Devices with a "feed and bleed" function can automatically feed disinfectants and other chemicals into a process water system based on elapsed time or as a percentage of water makeup.

Chemical water treatment equipment and chemicals may be designed and used according to published standards, many of which are listed on the Engineering360 Standards page. Examples include: