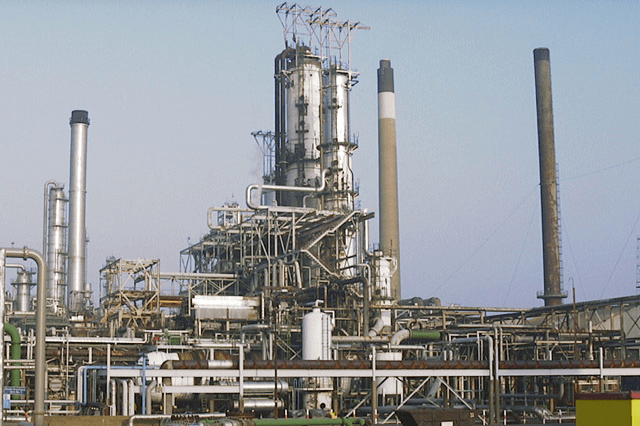 Distillation is the processing of a liquid mixture to separate the components by alternating evaporation and condensation. Distillation may result in fundamentally complete separation, producing almost pure components, or it may be a partial separation that increases concentrations of certain components of the mixture. The distillation process leverages differences in the volatility of the mixture's components.

Distillation can be done at laboratory scale through large industrial processing. The prime difference between laboratory and industrial is laboratory scale distillation is often performed in batches. During batch distillation, the composition of the materials in process change during the distillation. In batch distillation, a still is supplied with a batch of feed mixture. The distillation process separates it into component fractions that are collected consecutively from most volatile to least volatile, with the “bottoms” removed at the end. The still can then be re-filled and the process repeated. Industrial distillation quite often happens continuously. In continuous distillation, the source materials and the products are kept at a constant composition. This is accomplished by carefully replenishing the source material and removing both vapor and liquid from the system. Continuous distillation results in a better control of the separation process.

Manufacturing companies are realizing the benefits of solvent recovery systems not only from an environmental viewpoint but also from an economic perspective. Solvent distillation systems diminish the need for raw materials by using the recovered solvent in the production process as makeup or cleaning solvent. These systems provide an uncomplicated way for companies to recover spent liquid solvent in turn reducing wastes and disposal costs. Distillation equipment serves well as a key component in waste recovery systems, but also is a cornerstone in the chemical and food processing industries for production of everything from fuels and chemical feed stocks through fermented distilled beverages for public consumption.

Finally, desalination through distillation is one of mankind's earliest forms of water treatment, and it is still a popular treatment method used throughout the world today. In ancient times, people used this process on ships to convert sea water into drinking water. Today, desalination plants are creating drinking water from sea water on ships and in many desert regions worldwide. They treat polluted water that is fouled by natural and unnatural contaminants. Distillation is the water treatment technology that most completely eliminates a range of drinking water impurities.

CR4 Community—Low Pressure Water Distillation. Why Is it Not Used More?