Mold releases and release agents are film-forming lubricating oils, solid lubricants, waxes, or fluids that prevent other materials from sticking or adhering to an underlying surface. Unlike permanent non-stick coatings, release agents typically require replenishment and are non-curing.

Concrete – The concrete industry uses both barrier and reactive release agents in order to prevent adhesion between the forming surface and the concrete mixture.

Die casting – Die casting is a process utilizing relatively high-melting temperature alloys of aluminum and magnesium under high pressure. With the advance of technology die casting has evolved to produce large as well as intricate part designs. Release agents, which may be referred to as die lubricants, are engineered to promote material flow, equalize temperature gradients, and thereby reduce cycle times and increase die life.

Food processing - Food and beverage processing equipment may require a release agent to aid in the separation of food from containers used during baking, roasting, blending, or other food processing operations.

Molding – Compression, injection, transfer, as well as many other application-specific molding operations rely on mold release agents as a processing aid in order to consistently produce desired shapes from a wide range of materials including composites, elastomers, thermoplastics, and even metallic objects.

Mold releases and release agents must be compatible with their working environment. Criteria used to depict a product suitable for an application includes the following: 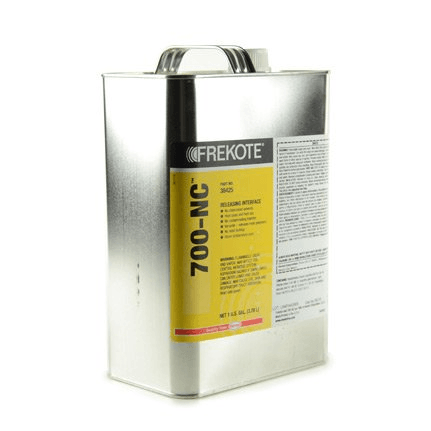 Mold release agents may fail due to embrittlement in temperatures below their operating temperature rang, or they may bake off, contaminating the working material, when temperatures exceed upper limits.

Depending on the application specialized features may be desired, such as:

Biodegradable - Products are designed or suitable to decompose or break down into harmless chemicals when released into the environment.

Low / non-foaming - Fluids do not produce foam or produce only small amounts of foam. Non-foaming characteristics are achieved through the use of additives that break out entrained air.

SAE AMS3091 - This specification covers a mold release agent in the form of a liquid.

CS CAS37 - This document describes the categories of release agents currently available in the concrete industry, outlining their advantages and disadvantages.