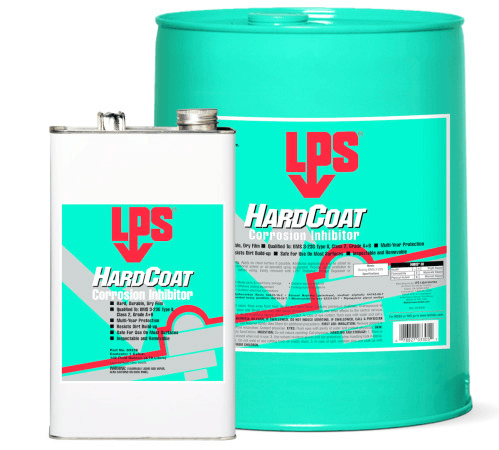 Rust preventatives and corrosion inhibitors are lubricants, greases, oils, or fluid additives that form a protective film or barrier to prevent the formation of rust or corrosion. They often have penetrating lubricant or water displacement characteristics. Most antirust agents and moisture-proofing products leave a film that prevents water or corrosive chemicals from reaching a metal surface.

All metals, with the exception of gold and platinum, corrode in an oxidizing environment. Depending on the specific environment and base metal present, untreated metals will corrode to form compounds such as oxides, hydroxides, and sulfides.

Corrosion is a natural process where the surface of a substance, typically a metal, deteriorates due to a reaction that occurs within its environment. A corrosion inhibitor is added in small concentrations to the environment in order to control the rate or eliminate corrosion. The efficiency of the inhibitor is dependent on its compatibility with its environment and being able to produce the desired effect when present in small concentrations.

Inhibitor efficiency, P, is given as:

Rust preventatives are a specific type of corrosion inhibitor that is applied in order to protect against oxidation. Oxidation is an electrochemical process that occurs on the surface of a metal object. The metal is oxidized, loses electrons, changing its valence state, and reacts with an oxidant, such as oxygen, to form oxides.

When a ferrous metal has been oxidized we observe loss of base material and surface deposits of iron oxides. This visible deterioration of the product is commonly referred to as surface rust. Most oxidation-retarding agents use chemicals with ionized particles to slow the oxidation process and prevent the deterioration of products and materials.

Corrosion inhibitors are classified by the method by which they provide protection. They either are used to treat the fluid medium the metal is in contact with, vaporize and collect on the treated surface, adsorb to the surface, induce passivation, or provide cathodic protection.

In process applications, treatments may be given to the fluid that a surface is to be exposed to. In these applications a scavenger, often referred to as an environmental conditioner, is used. The scavenger is used to remove or isolate the corrosive species in the fluid medium. In an alkaline or near-neutral solution the scavenger may be used to reduce the oxygen content.

Corrosion inhibitors that react with or adhere to the surface of a metallic object are used in most other applications where it is impossible or impractical to alter the environment.

In many applications the corrosion inhibitor is delivered in small concentrations through a product that serves additional functions.

ASTM G170 - This guide covers some generally-accepted laboratory methodologies that are used for evaluating corrosion inhibitors for oilfield and refinery applications in well-defined flow conditions.

MIL-I-22110 - This specification gives the requirements for volatile corrosion inhibitors (VCI) in crystalline powder form. The corrosion inhibiting vapors from the crystals shall provide corrosion protection for most metals under specific conditions.