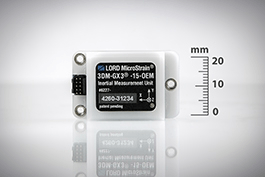 Inertial measurement units (IMU) are self-contained systems that measure linear and angular motion of an object or vehicle. Measurements are summed over a time period to determine the instantaneous position, velocity, orientation, and direction of movement. 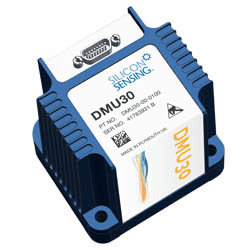 IMUs operate by use of reference data, bias values from an initial starting point, and calculate changes to these values using its integrated sensors. A central processing unit calculates directional information; position, speed, orientation, and direction of movement, at a given time in space using the IMU. The sensors suffer from orientation drift as they calculate these variables using a process known as dead-reckoning and are subject to accumulative errors.

Dead reckoning is the calculation of current position by use of a previously determined location and the advancement of that position by a known or estimated directional speed over an elapsed time. The process was first used in marine navigation and relied upon manual measurements. IMUs calculate accurate directional information using integrated sensors and operate using these same principles.

Calibration parameters can be stored in the memory of an IMU and are automatically reflected in the measurement data. In-situ calibrations may also be accomplished by use of a magnetometer or GPS unit to correct for orientation drift and improve the accuracy of the directional information.

IMUs are used in applications such as motion sensing, unmanned navigation systems, vibration control, surveying, and pointing and tracking systems.

How to Minimize Temperature Errors in Tiltmeters
Jewell Instruments, LLC