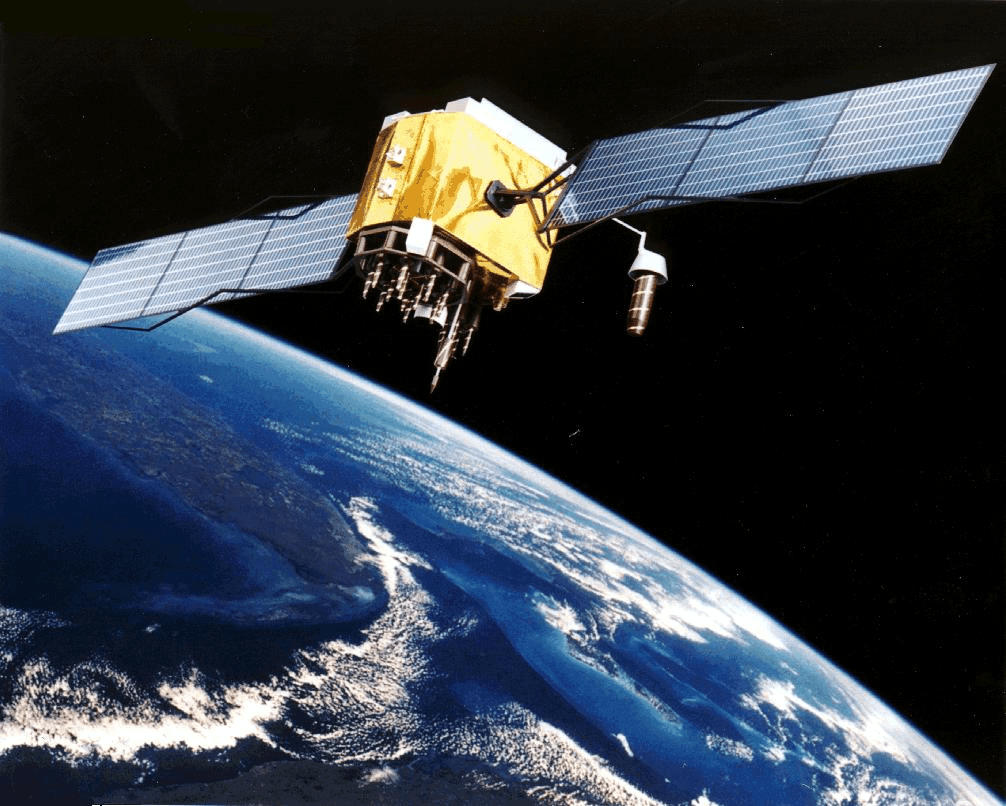 A satellite is any object that orbits another celestial body. For example, the Moon is the Earth’s only natural satellite. The term satellite is derived from the French word that means a follower of a lord or leader. Man-made satellites are objects placed into orbit around the Earth or other planets for a variety of civil, scientific, and military applications, such as communications, environmental monitoring, navigation, and reconnaissance.

The first earth orbiting artificial satellite was Sputnik 1. Sputnik 1 was launched into orbit by the former Soviet Union in 1957. Since then, thousands of satellites have been launched into orbit for communication, weather, and navigation, military, scientific as well as other reasons. Right now there are over one thousand active satellites and more than twice as many defunct ones in earth's orbit today.

Satellites are placed into different orbits depending on their purpose. There are three types of orbits for a satellite around the earth:

Low Earth Orbit or LEO: These orbits have a range from 120 km to 2,000 km altitude. They revolve around the earth every 90 to 120 minutes depending on altitude above earth. Below 120 km, the satellite will quickly hit the atmosphere, losing speed causing its orbit to decay until it enters the atmosphere and (hopefully) burns up before impact. This is the most common orbit for small private satellites. It will only last around 3 months before earth re-entry and burn-up.

Medium Earth Orbit or MEO: These orbits have altitudes from 2,000 km to just below the geosynchronous orbit altitude of 35,786 km, Satellites in this orbit are often positioned at about 20,000 Km above earth.

High Earth Orbit or HEO or geosynchronous orbits: These orbits are at 35,786 km or higher. This is the most expensive orbit to obtain due to fuel but it is a must for certain satellites like communications and global positioning satellites. Geostationary orbits allow ground-based antennas to be permanently aligned with a satellite for continuous communication, eliminating the need for satellite tracking.

Satellites can range in size from very large and complex to small ones that can be built using available kits. One example of a satellite kit is an open source design called CubeSat. These small satellites are shaped as cubes with dimensions of 10 centimeters per side. TubeSat is another small satellite architecture. These are tube shaped cylinders and have a diameter of 10 cm and a length of 300 cm. TubeSat is a proprietary architecture, while CubeSat is an open source architecture.

The core components of a satellite include:

Makezine - Your Own Satellite: 7 Things to Know Before You Go