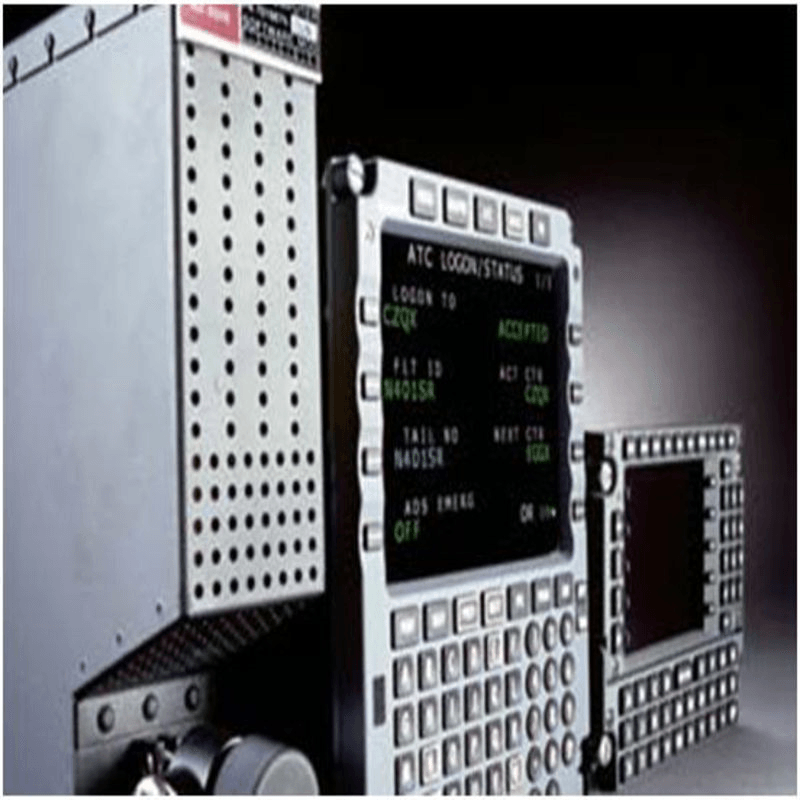 Flight management systems (FMS) are on-board computers used for multi-purpose navigation, performance computations, and aircraft operations. FMSs systematize virtual data and operational processes of all flight-related elements, both closed and open, from pre-engine checks and takeoff to landing and engine shutdown. They are fundamental to the operation of modern avionics systems and aim to automate some in-flight tasks, reducing flight crew workload and eliminating the need for onboard flight engineers or navigators. FMSs are designed to improve flight safety and efficiency by providing the flight crew and onboard avionics systems with data necessary for effective aircraft operation.

A fundamental function of an FMS is enabling the flight crew to program a route from takeoff to landing. The autopilot or flight director is set to follow this path to the designated destination. The first modern FMS debuted on the Boeing 767. Presently, small private aircrafts as well as large commercial jetliners are equipped with FMSs or similar systems. Flight management systems continued to evolve to include a variety of controls and instrumentation.

Automatic flight control or automatic flight guidance systems (AFCS or AFGS): The AFCS or AFGS utilizes sensor information from other aircraft systems. The system automatically maneuvers the aircraft using the mode selected by the flight crew if the autopilot is engaged. When the autopilot is disengaged, displayed guidance commands allow the pilot to fly the aircraft manually along the assigned path.

Flight management computer (FMC): This computer system utilizes a database that facilitates pre-programming of routes and adds them to the system via a data loader. The system continuously updates the information about the aircraft position by referencing accessible navigation aids. Applicable aids are selected automatically during the information update process.

Electronic flight instrument system (EFIS) or equivalent: The EFIS displays the aircraft status based on the received navigational inputs using the attitude and heading reference system (AHRS). The effect of FMS aircraft control is visible in the status displayed on the EFIS or conventional aircraft instrumentation.

Flight management systems provide navigational information necessary to construct an aircraft's flight plan from one destination to the next. FMS includes a navigation database to enable this function. The database contains elements defined by the ARINC 424 standard used in flight route construction. The FMS navigation database (NDB) is updated every 28 days to capture the latest navigational information. An FMS supplies ARINC data relevant to its functionality and capabilities.

The flight plan is determined on the ground prior to departure by the professional dispatcher for airliners, or by the pilot for smaller planes. It is typed directly into the FMS, selected from a library of common flight routes, or entered using ACARS datalink with the airline dispatch center.

Other data relevant to flight management, such as fuel weight and gross weight, is entered into the FMS prior to takeoff. A pilot uses the FMS to alter the flight plan if necessary. The flight plan presents itself on the navigation display (ND) of the EFIS in the form of a magenta line.

The primary objective of the FMS is to determine the position of an aircraft in flight and assess the accuracy of that information. A basic FMS uses a single sensor and GPS to calculate the position. Modern FMS uses several sensors, including VORs, to obtain and validate precise information. Commonly integrated sensors include:

FMS calculates the route based on the flight plan and aircraft position. A pilot follows this route manually or under autopilot. The lateral flight plan mode is labeled as LNAV and displays speed and pitch or altitude targets. The vertical flight plan mode called the VNAV transmits roll steering command to the autopilot.

Modern commercial jetliners come equipped with sophisticated VNAV systems for accurate estimation and optimization of the plane's vertical path. The system offers guidance for controlling the pitch axis and throttle. An FMS requires complete details concerning the flight and engine model to build a vertical path based on the lateral flight plan.

The FMS creates a vertical profile in the pre-flight mode using initial aircraft weight, fuel weight, and other variables. The vertical path begins with a climb to cruise altitude. Integration of VNAV may be expensive, but it leads to major fuel savings in cruise and descent. As the fuel burns, an aircraft's lighter weight allows it to fly at higher altitudes making it more fuel-efficient. The system also determines the speed with the lowest fuel burn rate, known as ECON speed.

The FMS uses required time of arrival (RTA) to achieve an arrival at a particular waypoint, which in turn helps airports schedule arrival slot times. The VNAV computes the top of descent point (TOD), where an efficient descent may begin. Based on the pre-defined path of descent, the aircraft changes the pitch as needed to maintain the path.

Choosing a flight management system is a complex task dependent on the type of aircraft and class of airspace. Smaller planes require fewer features compared to commercial jetliners, particularly when flying in non-congested or high-profile airspace. Simple lateral flight calculating systems are suitable for such cases. Check all policies relevant to aircraft position reporting before selecting an FMS to make sure it complies with functional and regulatory requirements.

Get those old bearings swapped out for new ones!
Accurate Bushing Company, Inc.