CID (charge injection devices) cameras are a type of image capture device that utilize an image sensor to register visible light as an electronic signal. These types of cameras do not use photochemical film to capture stills or video. Instead, the electronic signal is recorded to either an internal memory or a remotely connected device. CID technology was developed in 1972 in response to the CCD; but was recently supplanted by CMOS cameras as the primary alternative to CCD. CID remains a valuable resource in research and industrial industries.

Each pixel of the CID image sensor is arranged over two intersecting capacitors. After the intensity of the light is read, it is stored on the sensor until the pixel is ground or ‘injected' into the substrate. Since the image stays on the sensor, a displacement current equal to the signal on the sensor is created. The displacement current is read when the charge is shifted between capacitors, and is then amplified and converted to a voltage. This voltage is the camera output which is created as a video signal. Since the image is still on the CID image sensor, this image is non-destructive.

CID camera's non-destructive readout allows for an accurate exposure, even in low-light scenarios. If the charge injection is interrupted, a CID can offer an excellent time-lapse exposure. Blooming and smearing is greatly reduced in CID cameras because the charge is held in the pixel, and there are no opaque areas between pixels. This makes CID sensors apt for pattern recognition, target tracking, image processing, and precision measurement. CIDs also are radiation hardened, making them useful for harsh research and industrial environments. 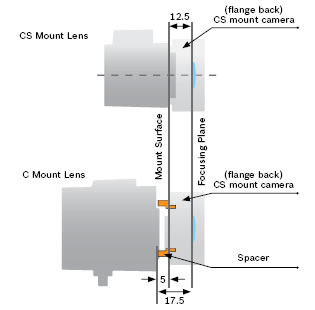 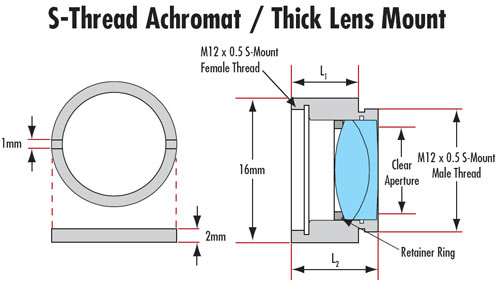 S-mount is a smaller mounting configuration used in devices such as PC cameras and board-mounted cameras. S-mounts use a M12 x 0.5 threads.

An F-mount lens utilizes a bayonet-style mount standardized by Nikon. 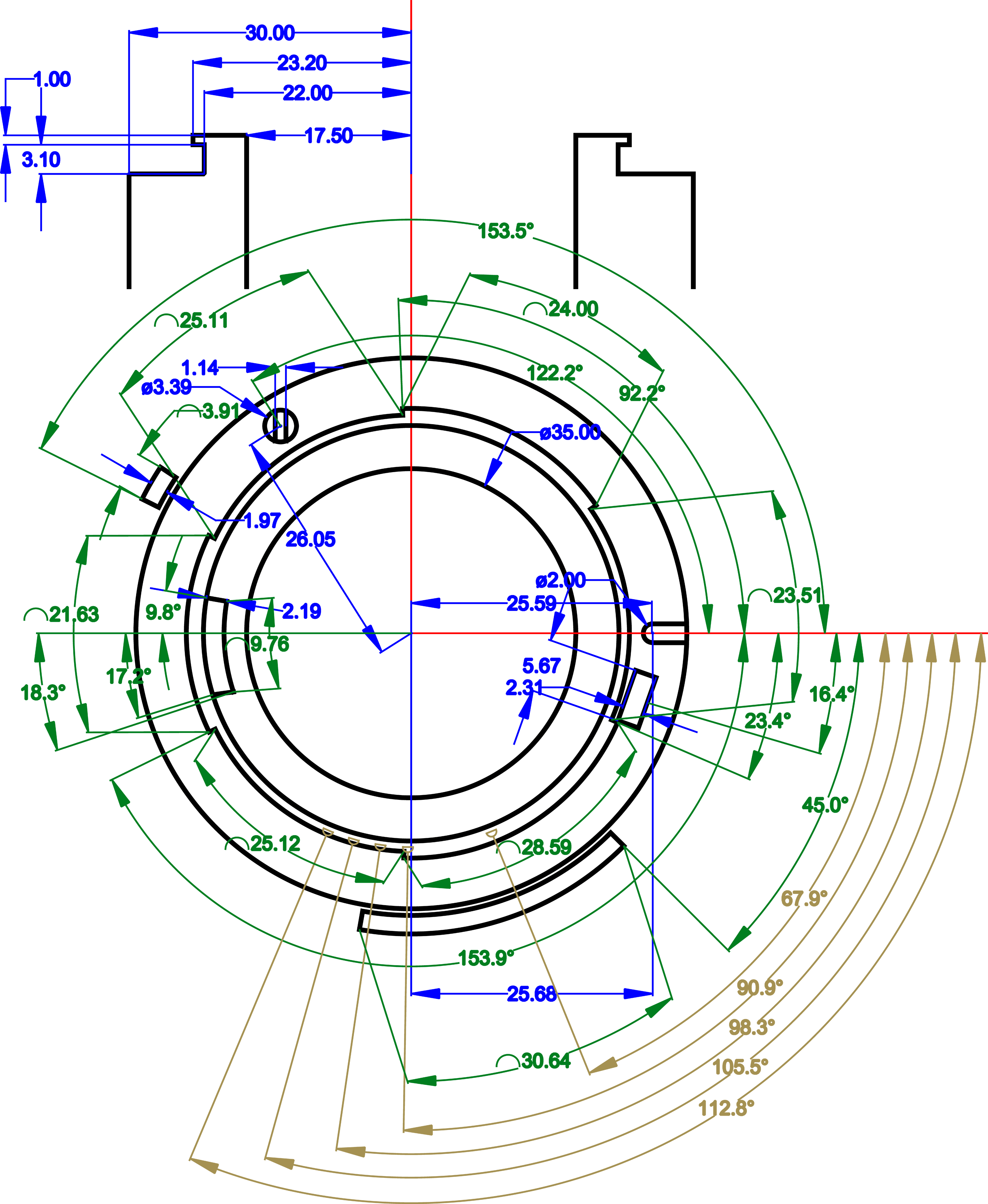 Once a voltage has reached the analog-to-digital converter, it is assigned a binary code for interpretation. Each pixel is granted a value corresponding to signal amplitude according to the bit depth of the converter. An ADC capable of 10 bit resolution assigns each pixel a value between 0 and 1,024 (210), representing the light intensity on a greyscale.

This is responsible for the duration that light reaches the image sensor or film. It directly controls the exposure rate along with the aperture. Slower shutter speeds result in blurred motion capture. Since CID cameras are electronically activated, most do away with the manual shutter. Instead, digital cameras can offer an electronic shutter, which is faster since there are no moving parts.

Video recording is often regulated by the specifications assigned by the standard adopted in each territory. These standards ensure compatibility of video recording and playback within conforming mediums, like analog and digital transmissions (i.e. PAL, ATSC, DTMB), and hardware video storage devices (VHS and DVD). Often, cameras are produced to film images to match these standards. Consult Engineering360's Video Camera Specification Guide for the summary and implementation of each standard.

RIT Center for Imaging Science - What is a CID?