Mesh generators are software programs for generating polygonal or polyhedral meshes for approximating geometric domains. Mesh domains are modeled or discretized in up to three dimensions.

Mesh generators provide modeling functionality in relation to geometric and physical simulations. The device configuration is determined by the application it is designed to support. Some solutions focus on theoretical geometric modeling while others center on representing physical or geological structures or processes as accurately as possible in a maximum of three dimensions.

Finite element numerical computation uses domains such as polygon or polyhedron for mesh generation. The domain is partitioned into simple elements coming in contact with each other in well-defined ways. The element's amount is kept small, as some domain portions need small elements for accurate computations. They require angles or aspect ratios that allow for easy calculation.

Structured and unstructured models are differentiated based on how their elements meet. These are defined as follows:

Structured: The topology of the unit corresponds to a regular grid, making it easier to compute. However, there is a possibility that more elements or fewer well-shaped elements will be required.

Unstructured: It is computed with quadtrees or by using Delaunay triangulation of point sets. Multiple other approaches are engaged in picking triangulation points.

Triangulation or simple complex grids are preferable in theory. Although, models derived from quadrilateral or cubical element forms work better due to superior numerical properties and the requirement of fewer forms to compute a mesh.

Each separate topology type entity is discretized using one or more basic element types per entity for the purpose of generating a mesh with pre-existing geometry. These entities include vertexes and curves. A basic element designator compiles the entity's descriptions or occurrences in the grid.

An example of this process is the discretization of a geometric surface into several faces that compose the main surface element designator. The faces incorporate separate basic element types such as quadrilaterals or triangles. Many element type definitions are supported. Their use corresponds to the degree of accuracy needed in finite element analysis. Writing linear quadrilaterals with 4 nodes, and quadratic quadrilaterals with 8 or 9 nodes is possible as well.

Following meshing, the specification of element type definition occurs using boundary condition criteria. Individual mesh entities are associated with corresponding geometric entities. This enables users to perform operations such as meshing, displaying, coloring, and attaching attributes to a mesh via the geometry. If a grid attribute is set on a surface, it applies to all corresponding faces on the surface.

Models are generated hierarchically for distinct geometries. If the mesh command is determined based on volume, the vertices are first meshed with modes. Then curves are meshed using edges, followed by surfaces meshing with faces. Subsequently, the volume is meshed with hexes. The meshing of vertexes is simple and does not necessitate user involvement. Complex factors such as curve, surface, and volume meshing require direct user control.

Generators include the following features: 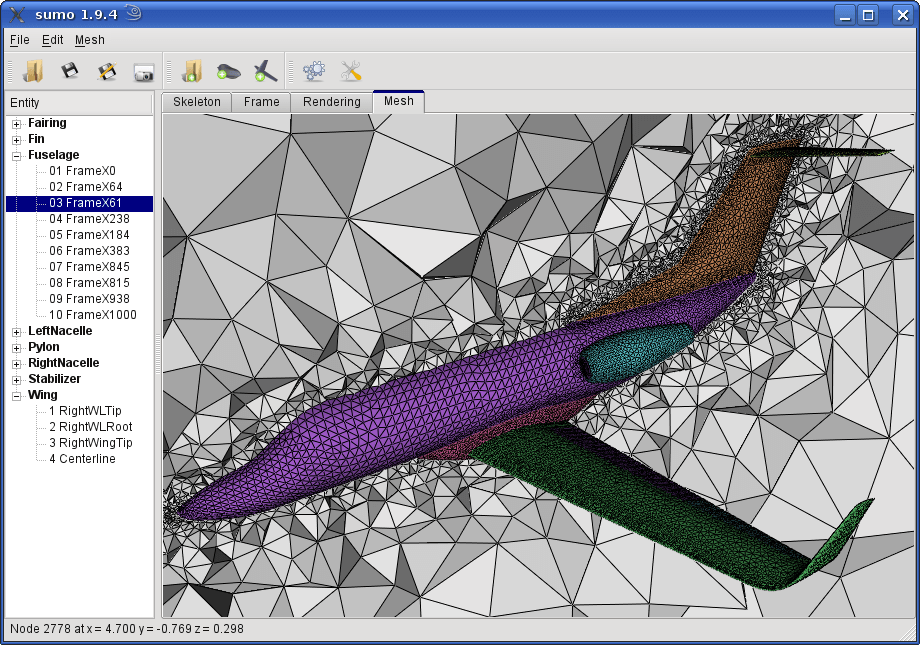 Examples of projects that rely on these tools include:

Generators vary in type and features. Manufacturer's specifications should be checked to determine if the selected solution supports the intended use prior to purchase.