Automated cell counters are employed in counting live or dead cells present in a culture. They may estimate cell concentration before cell passage or assess cell viability after drug treatment. 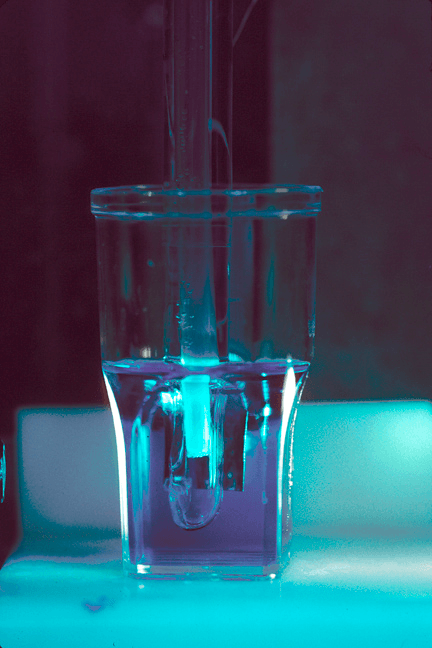 Cell counters engage electrical impedance via the "electrical sensing zone" method (these are known as particle counters). They integrate direct imaging, either on a disposable slide or within a flow chamber (also known as QBC), or flow cytometry. Cell viability is detectable by automated mechanisms relying on imaging based approaches by employing trypan blue as a staining element. The stain aids in detecting dead cells, similar to traditional hemacytometry. Electrical impedance, known as Coulter counting, is unable to distinguish live cells from dead ones, other than by considering their size.

Automated counters are deployed in medical and research laboratories and function by passing a cell sample loaded on the element through a tube. This enables the instrument to scan the number of cells travelling through the tube via optical or electrical impedance sensors. The units determine cell quantities or gauge viability of cultured cell lines subjected to research using blood or urine samples. Specialized systems support urinalysis or blood analysis. Apart from differentiating between live and dead cells, automated mechanisms vary in terms of features, such as sample size requirements, selection of cell types subject to analysis, and data management capabilities. Optical detection allows for differential counts of white blood cell types.

Automatic equipment is more expensive than manual versions, but it offers clear performance advantages, including:

The first automated instrument sprung from the Coulter principle, developed by inventor Wallace H. Coulter. After World War II, he was engaged by multiple electronics firms and kept a home laboratory where he worked on various projects. While running optical and electronic experiments, he began using blood due to its viscosity comparable to paint. This led to the discovery of the method for counting cells via electronic impedance, subsequently known as the Coulter Principle.

The principle showed that anticoagulated blood, when subject to dilution using isotonic saline and then tested via electronic impedance, facilitated estimation of human blood cells. Devices using the principle experienced rapid success in the hematology market. The initial commercial use of the concept in hematology debuted in 1954 when the Coulter counter Model A, developed by Wallace and his brother Joseph, was released.

These units work by suspending cells in an electrolyte solution and passing an electric current through the mixture. As the cells travel through the opening in the structure, an inhibited electrical conduction between the terminals generates a pulse. A lytic reagent is included in the blood solution that sees only white blood cells (WBCs) and platelets left intact. At this point, the solution passes through a second detector, enabling counts of red blood cells (RBCs), WBCs, and platelets. Smaller impedance spikes produced by platelets due to lower cell volumes allows for separation of platelets from the WBC count.

Machines of this type function by placing blood in a tube containing a powdered dye. At this stage, a float is added to the mix and subsequently a cap is placed to cover the end. The tube then passes through a centrifuge spinning rapidly causing the cells to settle based on their densities. The inclusion of the float inside the capillary tube causes a drastic expansion of the buffy coat while the dye aids in staining the cells. The instrument then scans the cells using UV light. It gauges the intensity of the fluorescence attributable to each layer then converts the estimated thickness to numerical values. QBC machines involve layers consisting of the following:

Flow cytometry items operate by exposing cells to laser beams in order to measure them. Their passage scatters light and generates particular patterns associated with individual cell types. The device contains detectors for noting these patterns for quantifying cells numbers.

Optical-based models enable distinguishing between live and dead cells. They are also preferred for activities necessitating white blood cell identification. Direct imaging/QBC systems offer rapid and inexpensive operation. They are configured for operating with normal blood and lack the ability to distinguish lymphocytes from monocytes. Flow cytometry units, though more expensive, are capable of separating platelets from WBCs, and performing reticulocyte counts and red cell indices.