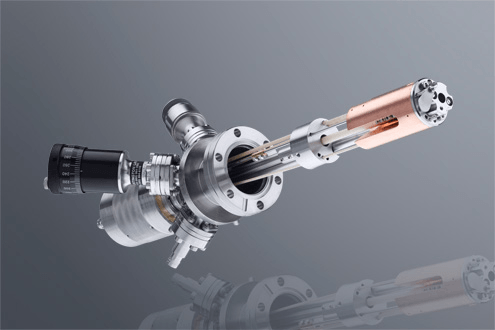 Ion beam guns and electron beam guns function differently based on the type of design, but all share the same principals of operation. The gun includes a solid filament, gas, or liquid within a cathode which is excited via extreme heat or high voltage inside a vacuum. Using a laser or source, charged particles are released from the excited substance and directed through an aperture via an anode. The electrons or ions are channeled in a beam which can be utilized for different applications. 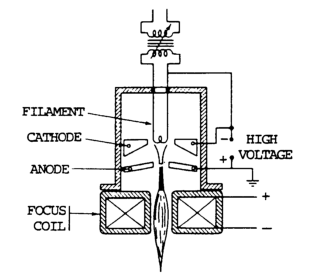 Parts of an IB or EB gun system besides the gun itself include the power supply, vacuum pump or chamber, operating gas mixture supply, cooling system, control system, and control equipment. Special crucibles are also used to hold materials being evaporated or treated by an electron beam gun. Testbourne Ltd has a crucible selection table for determining the correct crucible construction material for different evaporants. 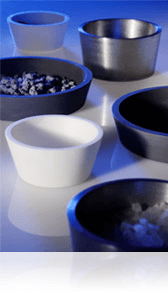 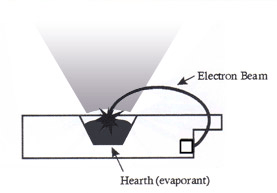 Process automation in a typical EB or IB system includes:

Types of IB and EB Guns

There are a number of different types of electron and ion guns classified based on the emission mechanism.

Thermionic emission guns emit electrons or ions from a metal or other coating material by heating the filament of an emitter or cathode in order to impart enough energy to overcome the work function of the emitting material.

Filaments are typically made of either tungsten or lanthanum hexaboride depending on the type of properties desired.

Photocathode emission guns emit electrons from a negatively charged electrode coated with a photosensitive compound. Emission occurs when the electrode is struck by a photon. 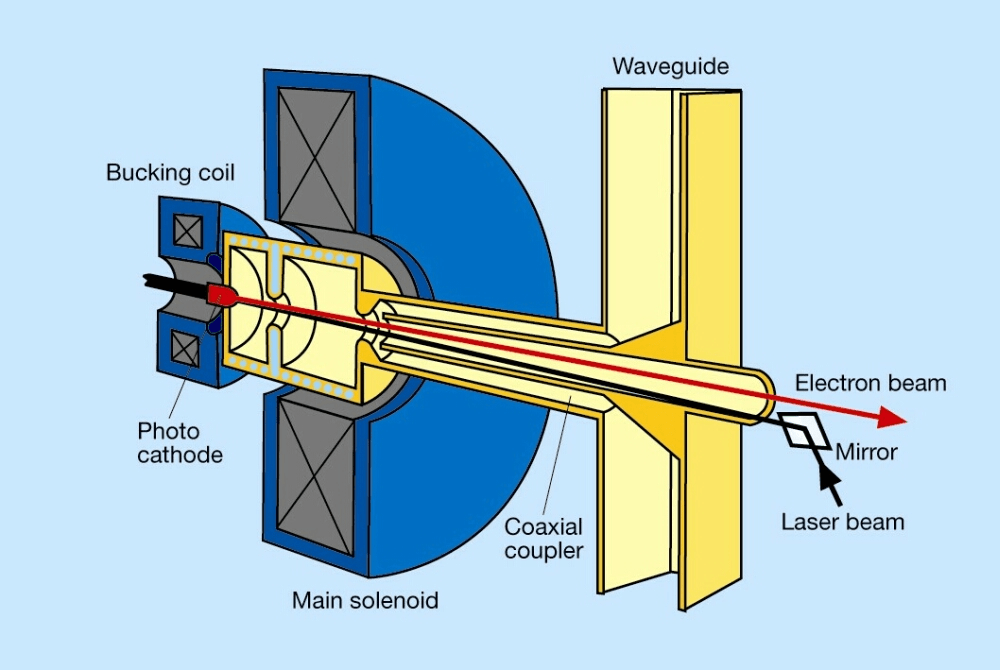 Field emission or cold emission guns emit electrons from a solid (most commonly) or liquid surface by an electrostatic field.

Plasma source emission guns emit ions from a plasma source by inducing with electricity. Plasma is a state of matter in which outer electrons are not held to the rest of the atoms or molecules, so there are free electrons and free ions in a gas-like cloud.

Design specifications include the IB or EB gun’s construction, performance, and operating characteristics.

Products may vary in construction based on size, weight, method of focusing, or electric field generation type.

Size can measured based on an electron or ion gun’s physical dimensions (e.g. height, length).

Weight is the overall mass of the product, usually measured in kilograms or pounds.

Focusing methods are used to direct the particles into a beam. This can be done purely with an electrostatic field which charges anodes to direct the particles, or with the added assistance of magnetic fields. Magnets are also employed with ion beam guns when the ion source comes from a molecular compound. The magnets are used to help separate out the desired ions to be projected.

Electric fields are the fields generated in a gun to excite particles for emission. EB and IB guns can utilize either DC (direct current) or RF (radio frequency) fields depending on construction.

Performance specifications are used to describe the properties of an ion or electron beam gun while in use.

Maximum beam poweris the maximum intensity or energy rate of the particle beam; the power of the beam produced at peak voltage input. It is generally measured in kilowatts (kW). A higher beam power is used for more invasive operations such as curing or welding, while lower intensities are used for surface treatment and preparation.

Accelerating voltage is the amount of supplied voltage to the ion or electron gun to excite and accelerate electrons or ions. It is measured in kilovolts (kV), and is related to power in that both are a function of the intensity of the beam.

Maximum deflection angle is used to denote the maximum spread of the beam from the center axis, measured in degrees. A large deflection angle will mean a larger, less concentrated beam diameter.

Minimum operating time of cathode is the minimum amount of time a cathode can be expected to operate effectively before decay. This time is usually measured in hours.

Energy stability or beam stability is the percent deviation over time (e.g. ±0.01% per hour) of energy output from the projected beam. This stability is important for accurate calibration and uniform performance.

Operation specifications are used to describe other parameters surrounding electron or ion beam gun operation besides the gun itself.

Power consumption is the electrical energy required to power an ion or electron gun. Users should be sure to have an appropriate power supply available for the selected gun.

When selecting ion and electron beam guns, industrial buyers should also consider the features that can be included with different designs.

Adjustable beam spot size is a feature that allows the user to vary the diameter of the beam. This may be particularly important for some applications such as welding or evaporation where different projects require different sized beam areas to be applied.

Sweep capability is the range of beam sweep frequencies to which an electron gun can be set. Inimaging applications, by changing the frequency of the horizontal-sweep voltage, the number of cycles of the waveform being viewed can be changed.

Simplicity of filament and emitter replacement can be convenient for otherwise cumbersome or time-consuming replacement of product parts.