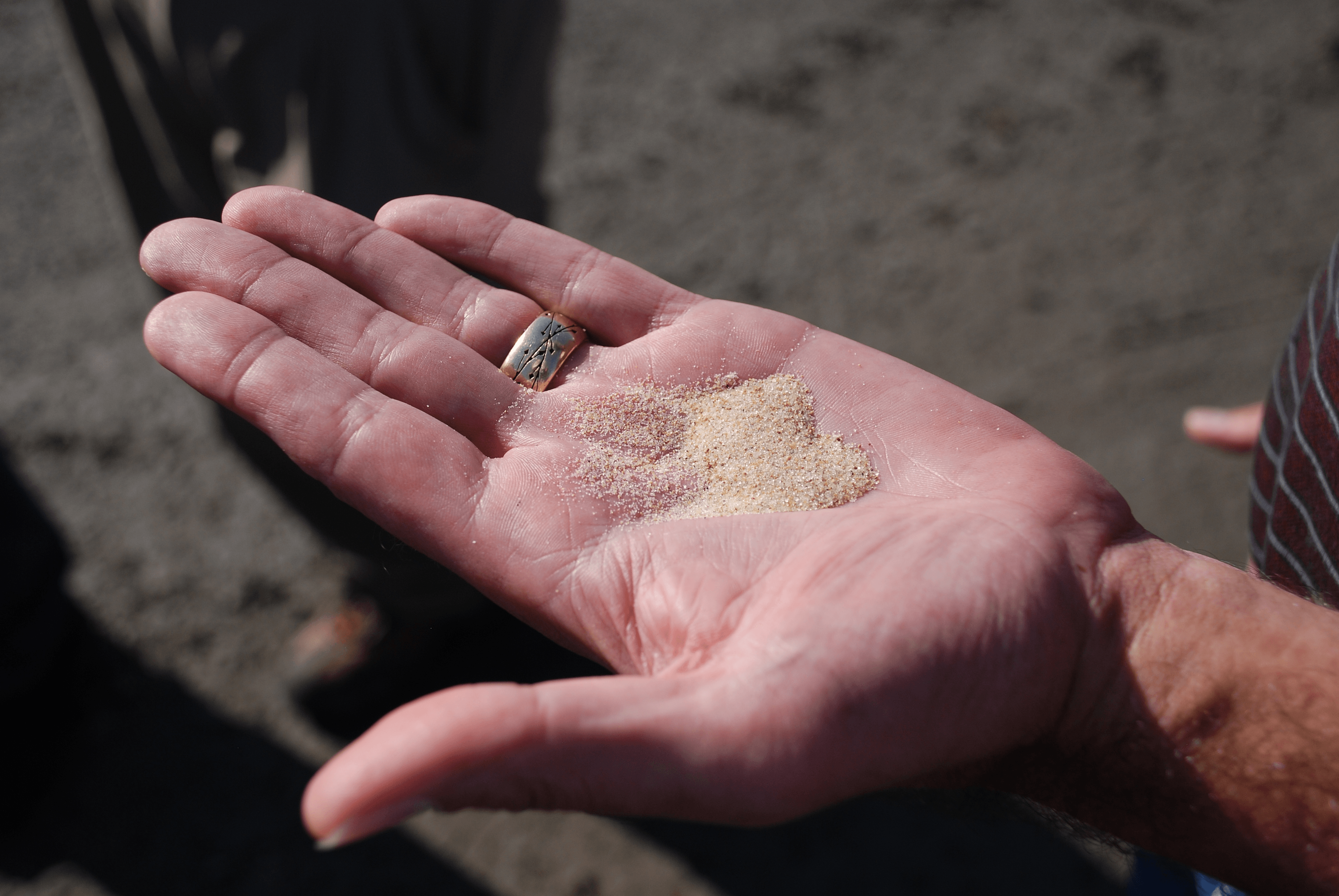 Proppants are solid materials, such as sand, used to maintain cracks formed throughout well stimulation via hydraulic fracturing (known as fracking) in shale gas or oil drilling operations. The name derives from propping open the created cracks, thereby improving the flow rate of hydrocarbon resources into the wells.

Before the advent of hydraulic fracturing, it was extremely challenging to exploit subsurface rock units containing natural gas, oil, and other hydrocarbons for their natural resources. The impermeable nature of the shale rock formations inhibits the natural flow of gas or oils into the wellbore.

Well treatment generates tiny cracks in the geologic formation during the drilling process that enables the movement of hydrocarbon resources. Chemically-treated water carrying proppants, such as frac sand, is then forced into the cracks. Pumps located on the surface serve to raise the water pressure in a sealed part of the well beyond the breaking point of the rocks resulting in further fracture propagation. This procedure may require thousands of tons of the fluid to prepare a single well.

After the pumps stop operating, the fractures begin to shrink. They are kept from closing completely by the frac sand remaining in the fissures. This enables any stranded oil and gas to flow out through the porous media into the well for extraction.

Besides water, fracking fluids consist of gel, slickwater, or foam. High viscosity fluids carry greater proppant concentrations. Other key fluid properties to be considered include pH, energy, and pressure demands for maintaining adequate pump flow rates to deliver the proppants into a well. The fluids are employed in large-scale hydraulic fracturing that requires several millions of gallons of water for a single well. This is in addition to the low-volume stimulation of sandstone wells utilizing between 20,000 and 80,000 gallons of fluid. Fracking fluids also contain numerous chemical additives, such as hydrochloric acid (effective at etching rocks), guar gum, and emulsifiers that aid in regulating the well's properties.

Ample space between the particles results in greater gas permeability under increased pressure while maintaining the compressive strength to bear the stress and stop the formed fractures from closing. Propping agents with greater mesh sizes feature greater permeability compared to materials with finer meshes under lower fracture-closure stress. However, larger elements are crushed under major loads generating extremely fine particulates (known as fines) that impair the overall porosity of the agent. As a result, small mesh proppants are more effective beyond a particular stress threshold.

Sand is the most common proppant; however, it can generate an extremely high fines content. Resin coating of the grains enhances the performance of sand-based material forming CRCS (curable resin coated sand) or PRCS (pre-cured resin coated sand). Alternate proppant components include ceramics made from sintered bauxite or small metal beads. Most fracking or frac sand comes from high-purity quartz sand with round grains. Demand for frac sand has climbed dramatically in recent years, reflecting the boom in shale oil and gas extraction.

The two types of proppants accounting for the vast majority of products on the market are silica sand and ceramic beads manufactured from bauxite or kaolin. Ceramic proppants include the following:

Buoyancy: Manufactured proppants are lighter and more buoyant than sand-based proppants. Precision in size and gravity make them suitable for the individual fracking fluids utilized in a well. Frac sand, on the other hand, features a variety of grain sizes and shapes as well as greater densities than manufactured proppants. This necessitates the use of fracking fluids with higher viscosity pumped at an increased pressure to embed the particles in the fractured formations.

Strength: Engineered proppants offer the advantage of strength over most natural sands. A rotary kiln, where powdered minerals are sintered at high temperatures, facilitates the production of highly durable beads. These beads are capable of resisting heavy loads without breaking and producing fines. The use of such proppants has the potential to dramatically improve well production given their added robustness.

Price: Sand-based proppants have a significant edge when it comes to cost. Quartz sand located near the earth's surface is the primary source for specialized sand used in fracking, resulting in lower costs associated with excavation and transportation. Proppant sintering employs sophisticated manufacturing equipment and process along with raw materials that are more expensive to acquire. As a result, the cost for ceramic proppants substantially exceeds the cost of sand-based products.

Resin-coated sand (RCS): The grains are industrially coated with resin to improve crush resistance and effective density while retaining the price advantage of using sand material. The resin coating helps resist flow back and capture fines if they separate from the grains when force is applied. RCS is more expensive than untreated sand; however, it is more reasonably priced than proppants fabricated using the sintering process. Untreated sand is applied in shallower wells where less pressure is exerted while RCS and engineered proppants are preferred in deeper wells with higher levels of pressure.

The cost of propping agents offering enhanced conductivity and well performance in the fracking operation can be considerably higher, so it is essential to calculate the desired production rate during the life of the well. If a substantial increase in production is expected, it may justify the use of more expensive proppants.