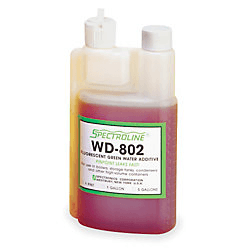 Industrial dyes are colorants which are soluble in water or other intended substrates.  The color of a dye, and hence the intended color for the substrate to be dyed, is determined by the chromophore (the molecule responsible for color) of its chemical composition. These molecules, like some colorants themselves, absorb certain wavelengths of light while reflecting others, causing the perception of color.

Like pigments, dyes are sometimes referred to by an antiquated common name instead of their chemical name. These names typically refer to the location where the mineral was mined or produced; for example, sienna and umber dyes (from Siena and Umbria, both in Italy) are common dyes as well as color formulations. Other dyes referred to by common names include Egyptian blue (calcium copper silicate), cerulean blue (cobalt[II] stannate), and Alazarin crimson (also known as Turkey red, or 1,2-dihydroxyanthraquinone).

Image credit: Pigments through the Ages

Dyes and pigments are similarly used to impart color to materials and finished products, but there are several important distinctions between the two. The primary difference is that dyes are soluble in their vehicle or substrate. When a dye is mixed with a vehicle, it produces a solution, whereas a pigment combined with a vehicle results in a suspension. 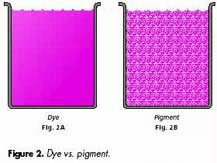 Dyes may be said to have an affinity for the substrate they act upon, meaning that they form chemical bonds with the colored surface. Because dyes fully bond with the substrate, they form a smooth surface which results in uniform reflected light and the perception that the dyed surface is more vivid and bright. 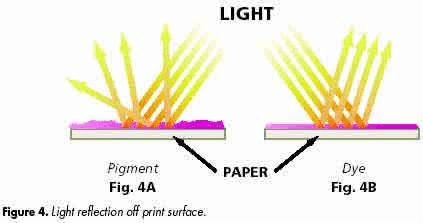 The table below provides a direct comparison of pigments and dyes.

The video below provides a good overview of high quality non-commercial dyes, including their method of coloring, safety, and use in dying fabric.

Dyes may be considered either natural or synthetic.

Natural dyes are derived from natural sources such as roots, flowers, berries, leaves, bark, and wood. They were used extensively for thousands of years until the discovery of synthetic dyes in the mid-19th century. Although they quickly fell out of use, natural dyes have experienced a resurgence for textile dyeing, although they are still not commercially viable. Natural dyes are also occasionally used because, unlike most synthetic dyes, they are almost always non-toxic.

Synthetic dyes are much more commonly-used in industrial and commercial applications due to their color flexibility and improved lasting power after application.

Like most other colorants, dyes are useful in any application requiring the coloration of a material or part. Dyeing applications are dependent upon the dye type (as shown in the table below) and include:

Dyes may be grouped according to various principles, including organic/inorganic, natural/synthetic, chemical makeup, and dyeing method. However, the most common classification is that which involves twelve dye groups standardized by the United States International Trade Commission. A table describing some of these groups and their applications is shown below.

Industrial dyes may be produced, used, and tested based on parameters listed in various standards. Important dye standards include: