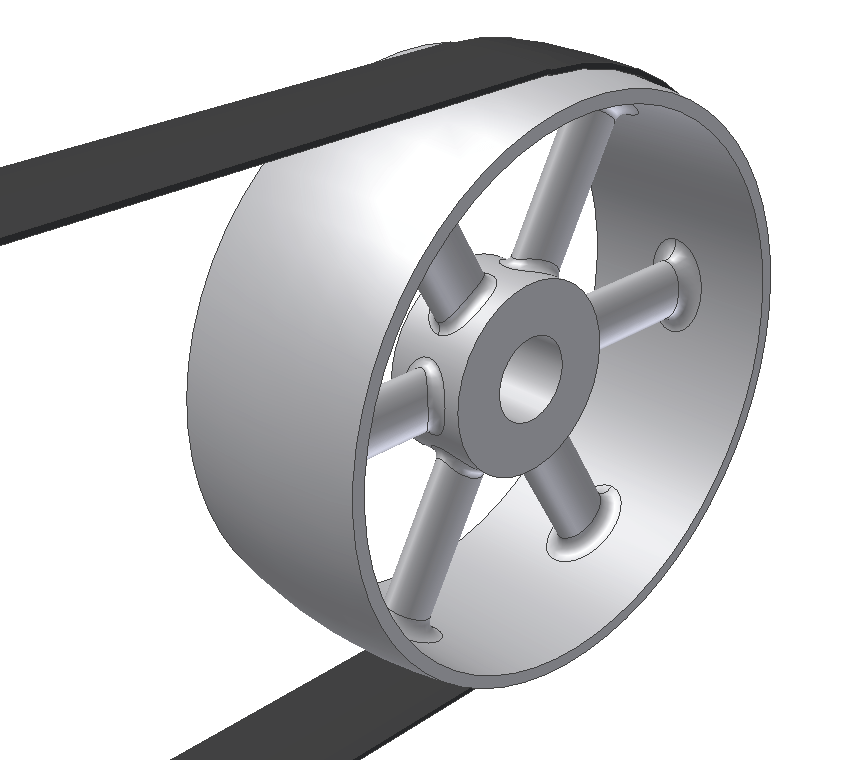 Flat belt pulleys and flat belt idler pulleys can have a molded crown, which helps to center the belt, prevents rubbing against the outside flanges, and provides support under the center of the belt, where there is the most stress. The crown also helps to keep the belt on the flat belt pulley (belts tend to move to the tightest position). In some cases, a flat belt drive includes a tracking sleeve or other mechanism for keeping the belt on the flat pulley.

Specifications for flat belt pulleys include:

Tension on a flat belt is usually set by adjusting the distance between pulleys to stretch belts by a small amount, such as 2%.

CR4 Community—Direction of Turn of an Alternator's Pulley

CR4 Community—Forward/Reverse with a Single Belt