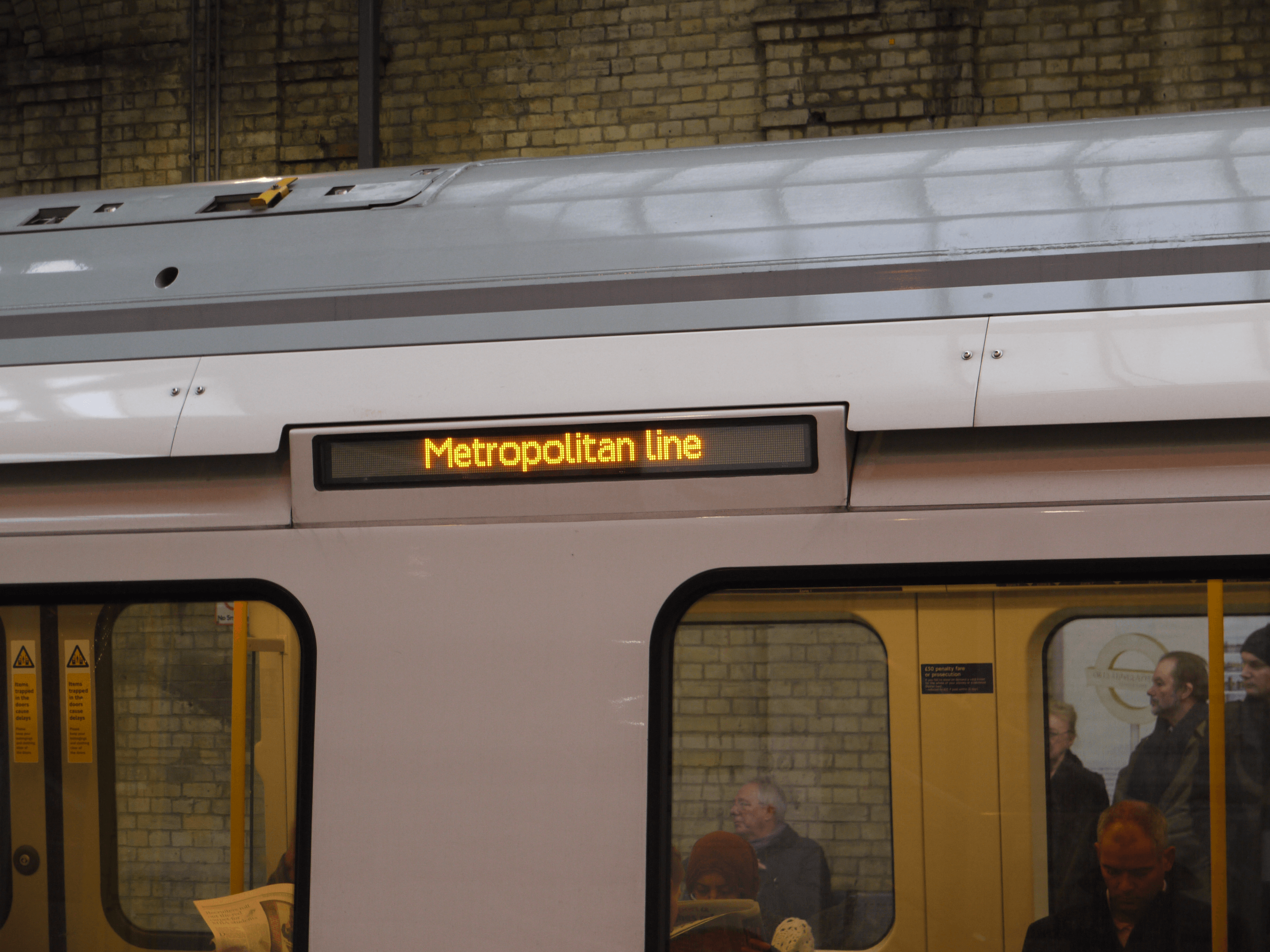 Commercial matrix displays include any type of display used in commercial applications.

There are two types of matrix displays. They are:

Passive matrix displays are common types of flat-panel displays consisting of a grid of horizontal and vertical wires. At the intersection of each grid is an LCD element, which constitutes a single pixel, either letting light through or blocking it.

In LED sign displays, a cluster of red, green, and blue diodes are driven together to form a full-color pixel, usually square in shape. These pixels are spaced evenly apart and are measured from center to center for absolute pixel resolution. Most LED displays are based on white LEDs. A white LED uses a 450 nm to 470 nm blue GaN (gallium nitride) LED, covered by a yellowish phosphor coating usually made of cerium-doped yttrium aluminum garnet (Ce3+:YAG) crystals, which have been powdered and bound in a type of viscous adhesive. Each display is associated with a specific physical display resolution. The display resolution signifies the number of dots (pixels) on the entire screen. The higher the resolution, the more dots or pixels on a display device. The total number of pixels in an active matrix display is fixed. For example, a VGA display has a very low resolution at 640 x 480. Scoreboards use commercial matrix displays to display scores. A scoreboard is a large board for publicly displaying the score in a game or match. Modern scoreboards use electromechanical or electronic means of displaying the score. Digits are composed of large dot-matrix or seven-segment displays made of incandescent bulbs, LEDs, or electromechanical flip segments. Commercial matrix displays are designed and manufactured according to the customer specifications.

Commercial matrix displays are used in many applications. Examples include their use in:

Commercial matrix displays can be seen in shopping malls, airports, concerts, and many other public places.

Electronics360—Flexible Display Shipments to Increase in 2017