Carefully Made Shaft Collars and Couplings Since 1937 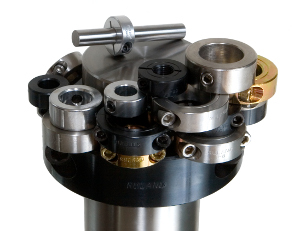 Ruland Manufacturing is the leading manufacturer of shaft collars, rigid couplings, and flexible couplings including beam, bellows, disc, zero-backlash jaw, and oldham. Fred F. Ruland founded Ruland Manufacturing in 1937 when he purchased two screw machines from a junkyard and merged the parts into a working unit. He operated the company in Watertown, Massachusetts and grew it to 20 employees working three shifts during World War II. Military work included spring rings for .50 caliber machine guns and clamp style shaft collars for precision instrumentation.

During the war Ruland developed a reputation for innovation and precision that included the development of proprietary process that are still used today as well as several patents.

After the war, all government work ceased and Ruland Manufacturing turned to civilian products, such as tire pumps, in an effort to survive while other "war babies" became business failures.

The company prospered, but the emphasis was soon back to precision products. One such specialty was high pressure valves used in aerospace applications. This led to a proud moment when a Ruland valve pressurized the spacesuit of the first American to walk in space. 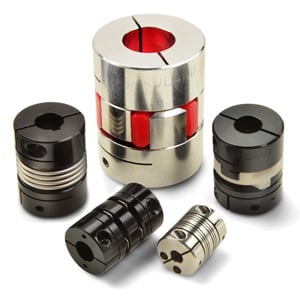 In the mid-1970s the decision was made to devote all of our expertise to a product line, shaft collars and couplings. We had been making these products for nearly 40 years on a custom basis and had already developed a number of proprietary processes to ensure that they met application requirements. Soon, Ruland was known for having the best looking, best performing shaft collars and rigid couplings available.

Innovation and careful manufacturing continued thereafter and more proprietary processes such as special surface treatments, anti-vibration coupling hardware, and precision honing were developed to improve product appearance and performance. In 1992, Fred F. Ruland passed away and was succeeded by his son Robert G. Ruland. Under Robert's guidance the product line was expanded during the 1990s to include flexible couplings, Ruland was introduced to the European market, and the company became one of the first industrial manufacturers to have a website.

Ruland moved from Watertown in 2003 to our current headquarters in Marlborough, Massachusetts. In 2007 and 2008 Ruland opened sales and marketing offices in Berlin, Germany and Shanghai, China to provide local support for international markets. Product line expansion has continued with application oriented shaft collars such as quick clamping, thin line, and hygienic clamping assemblies while the flexible coupling line now includes inch-metric bores, keyways, and a wider variety of sizes.

Our commitment to the values which have brought over 75 years of excellence continues. All of our products are thoughtfully designed and carefully made in the tradition that makes us proud. Avoiding Coupling Failure: Considerations in Design Selection (Power Transmission) Mechanical couplings have a principal use in the connection of rotating shafts for the transfer of rotary motion and torque. As with all mechanical devices, a coupling must match its intended purpose... (View Full Article)

Coupling Selection for Vision and Optical Inspection Systems (Power Transmission) Machine vision and optical inspection systems are high tech, multi-purpose applications that require high precision components. A machine vision system can be used for a number of tasks where it... (View Full Article)