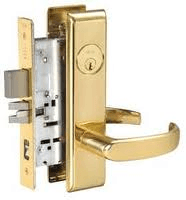 Locksets are used to operate and secure an entry door. Locksets are complete locking systems that include all the components needed to install a lock. These products are available in various materials, finishes and levels of security. They can be operated by a knob or a lever and can be locked and unlocked with ether keys or electronic keypads.

Locksets include the components to allow for installation of a locking system onto a door. Several different types of locking mechanism can be included in the lockset. The basic components of a lockset include:

Case- The case is the housing for the latch of the deadbolt. It can also be the casing around the key slot.

Cylinder- The cylinder is where the key is inserted in the lock. The device is a cylinder shape and recessed in the door.

Tang- The tang runs through the door from the cylinder to the latch case. It is a metal bar found between the latch case and the door.

Screws- The lock, strike plate, and cylinder are attached to the door with screws. 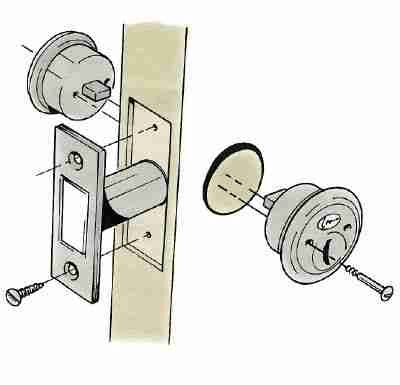 There are two types of lockset bodies. 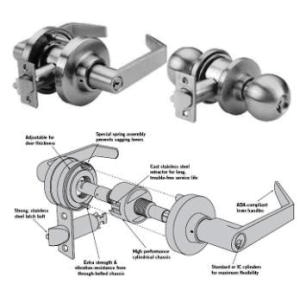 Mortise locksets- Mortise locksets are the most common lockset for home use. They have large, rectangular bodies that slide into rectangular pockets (mortises) cut into the door's edge. The body houses the components for the knob or lever handle, latch, and deadbolt. In this lockset design, the knob is interconnected with a deadbolt (i.e. unlock the deadbolt also frees the latch). There are buttons on the door's edge which engage or disengage the lock.

Locksets serve a variety of functions and may be application specific.

Information for chart collected from archtoolbox.com

There are several features to consider when selecting a lockset, these include: 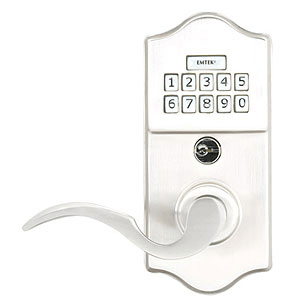 There are several industry security standards for locks such as the American National Standards Institute (ANSI) and the Underwriters Laboratories (UL). ANSI uses three grades for locks with Grade 1 being the highest level. The grades denote the level of residential security expected.

What is a lockset?

Parts of a Door Lockset