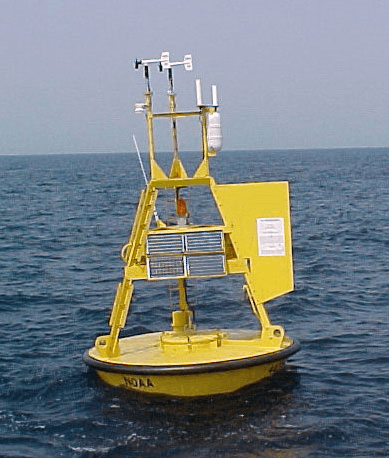 They include devices such as:

Oceanographic instruments provide important data about tides and currents, as well as water quality characteristics such as chemical composition and salinity. Oceanographic instruments can also provide data about weather conditions; natural disasters such as typhoons, hurricanes, and tsunamis; and a myriad of sea life. The data collected from these devices can be shared with scientists all over the world using satellite communication and computer networks. There are several collaborative projects, such as the Argo project, which shares real-time data gathered by their oceanographic instruments with anyone interested in it.

Oceanographic instruments give scientists and researchers an enormous amount of invaluable information. The devices range from very simple buoys to very complex and sensitive sensor systems that capture the unique characteristics of a body of water.

Turbidity devices measure the quantity of solids in the water, such as phytoplankton or sediment, or dissolved particles such as pollutants or chemicals.

Fluorometers detect the presence of impurities by measuring fluorescence, or the emission of particular wavelengths of light.

Salinometers use the electrical conductivity and specific gravity of the water to measure its salt content.

Other oceanographic instruments measure physical characteristics such as depth from the surface of the water to the ocean floor, the speed of water currents, and the height of tides.

An acoustic doppler current profiler is a sonar device that uses transducers to detect and record the water’s current velocities across a range of depths. These current profilers are used to detect potentially damaging underwater tornadoes or measure the amount of freshwater melting off icebergs.

Other sonar-based oceanographic instruments include echo sounders, which use sound waves to measure the distance from the surface to the bottom of the sea floor. Echo sounders are frequently used to evaluate the quantities of fish in a particular area of the ocean, but they can also be used for navigation.

High resolution bathymetry, or details of the ocean floor itself, can be made using a multibeam echo sounder attached to an autonomous underwater vehicle or submersible.

Buoys are some of the most ubiquitous oceanographic instruments, serving as simple maritime markers and navigational aids to more complex profiling devices.

Profiling buoys are designed to sink below the surface to measure temperature and salinity. Profiling buoys sink at a predetermined rate and resurface after a set period of time.

Waverider buoys are specialized oceanographic instruments that measure the movement of the water’s surface to determine characteristics like wave height and period.

Tsunami buoys can detect sudden changes in the ocean’s water pressure and are used as part of an early warning system in the Pacific and Indian Oceans.

Other oceanographic instruments are used for meteorological or climate studies.