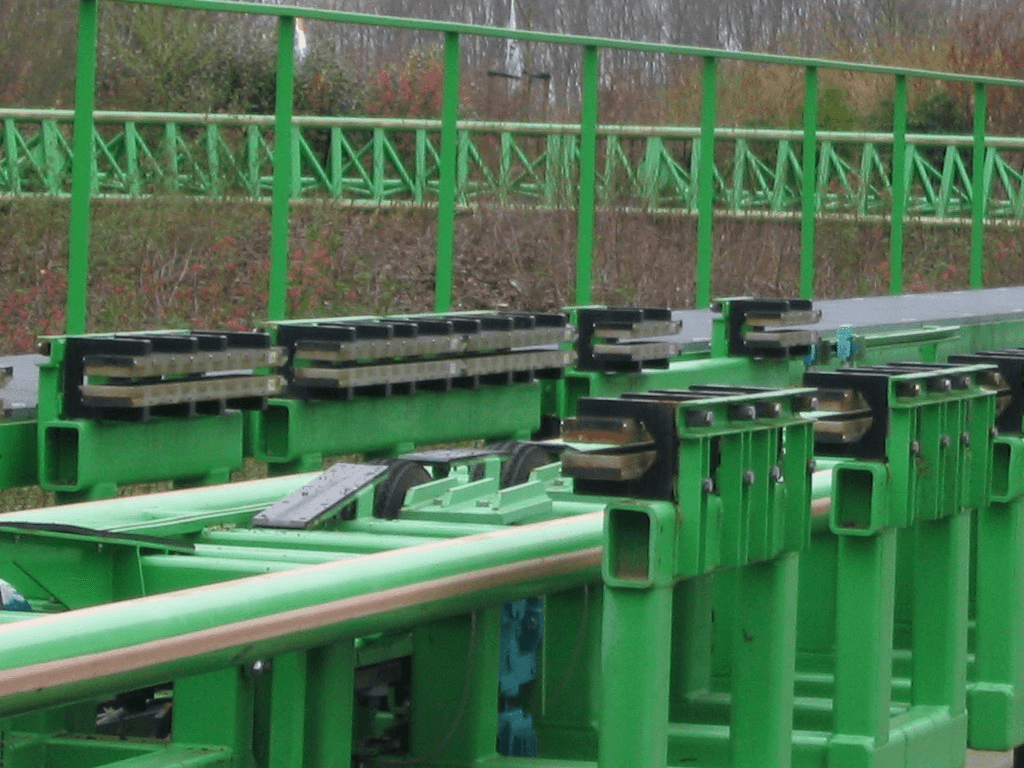 Linear brakes are used to slow or stop linear motion in conveyors, web systems, and vehicles. Technologies include:

Eddy current braking is fail-safe and totally reliable even under the toughest environmental conditions. Eddy current braking does not need any control and is completely independent of any other system. Eddy current braking is also referred to as a magnetic linear brake, which is also non-contact and, thus, wear-free. A permanent magnetic linear brake is a power-free, deceleration system that is used in conjunction with a metal reaction plate. A permanent magnetic linear brake is used in baggage handling and people moving systems to reduce the velocity of the payload to almost zero speed. Hysteresis brakes produce torque strictly through a magnetic air gap without the use of magnetic particles or friction components. Hysteresis brakes have superior operating characteristics such as longer life, good control, less maintenance, and smooth torque, which makes them a perfect choice for precise tensioning of any material, web, or strand. Friction brakes operate on the principle that friction can be used to convert the mechanical energy of a moving object into heat energy. The heat energy is absorbed by the brake, which uses a wheel, axle, disc, or brake drum, and a stationary part that is pressed against the rotating part to slow or stop a machine. Various other technologies are also available for linear brakes.

A linear brake system consists of one or more brake modules, which are connected to the drive group consisting of a carriage, table that moves, and one or more steel bands, which are held at both ends under tension in brackets. The bands are aligned parallel to the direction of movement of the drive. The band forms the surfaces against which the friction linings of the module act upon. The force with which the friction linings press against the band to generate the frictional connection between band and brake module is spring applied and released. In linear brakes, the braking force of magnetic brakes is constant, even under water or lightning, without deterioration. Linear shaft brakes are designed to be shaft mounted with the body of the brake held in place using a torque arm mounted to a stationary surface. As linear shaft brakes are energized, braking action is exerted on the shaft and its associated load. Linear brakes are designed as a holding brake and braking device for linear motor drives.