Linear polarizers transmit light waves along one axis and absorb them along the other. Polarization is the direction in which the electric field of a light wave oscillates. A polarizer is a device which uses selective absorption, refraction, or transmission to turn unpolarized light into polarized light. Unpolarized light travels in a random direction; after it travels through a linear polarizer, it has an electric field in one specific direction and can be analyzed as a linear combination of two vectors (vertical and horizontal) with the same phase. 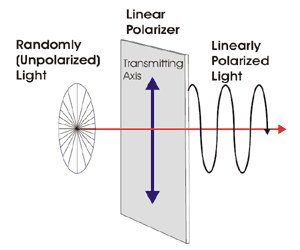 Reflection polarizers use a flat, smooth, non-metallic surface. The light beams hit the surface at an angle and the reflected beam is partially or completely polarized. The degree of polarization depends on the angle of incidence and refraction index on the reflecting surface. The Brewster angle, also known as the polarizing angle, is the angle at which the degree of polarization is 100%.

Dichroic absorptive polarizers use the property, dichroism, to absorb light that is polarized in a particular direction. This type of polarizer has an indicated absorption and transmission axis (polarizing axis). Stretched Polyvinyl Alcohol (PVA) is most commonly used in dichroic polarizers.

When choosing between different linear polarizers, there are several key specifications to consider, including:

Extinction Ratio- Extinction ratio describes the ratio between the transmittance of the desired polarization direction and the undesired orthogonal polarization direction. The ratio is the power of a plane-polarized beam that is transmitted through a polarizer. The polarizing axis is parallel to the beam's plane, as compared with the transmitted power when the polarizer's axis is perpendicular to the beam's plane. This is also referred to as the contrast ratio. 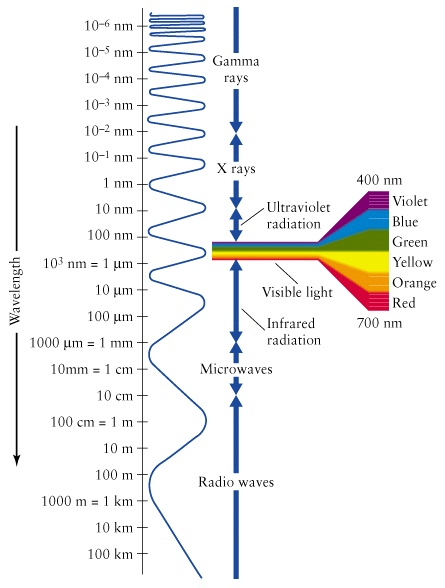 Image Credit: Wavelength image from Universe by Freedman and Kaufmann.

Beam deviation- Beam deviation is the deviation of the polarized beam from normal. The deviation is determined by observing the difference in angle of an incoming beam to a transmitted, reflected or refracted beam through an optic. This is particularly relevant to cubes and dispersive prisms.

Thickness- The thickness of the retardation plates used in the polarizer devices.

Operating temperature- The temperature range in which the device is designed to operate.

Surface quality describes the level of defects that can be seen on the optic. A scratch is considered a defect whose length is many times its width, while a dig is nearly equal in terms of length and width. The specification is usually noted by MIL-0-13830A or 60-40, where the first number is the visibility of the scratches and the second is the visibility of the digs or small pits. The lowest number refers to the highest quality. Surface flatness is a specification used to describe the deviation of a flat surface such as a mirror, window, prism, or plano-lens. The flatness can be measured using an optical flat and are measured in valves of waves, which are multiples of the wavelength of the testing source. For example, 1λ flatness is considered typical grade and 1/20λ us considered high precision grade.

Linear polarizers are used in a wide range of applications in the electronics, photographic, scientific and industrial field. The largest single application for linear polarizers is in liquid crystal displays (LCDs). In LCDs, the linear polarizers are placed on each side of the LCD with their axes crossed at 90 degrees. In this manner, the polarizers do not allow light to pass. However, in the power-off state, the liquid crystal cells in the LCD panels between the crossed polarizers rotate light passing through them 90 degrees, defeating the effect of the crossed polarizers. This causes the display to appear transparent. When the surface of an individual liquid crystal cell in the LCD panel is electrically charged or activated, the cell ceases to rotate the polarized light and the segment appears as a dark spot on the screen. By electronically controlling the activation state of the individual cells in the LCD panel, information may be displayed. The same basic principal applies to all basic black and white, and color LCDs. 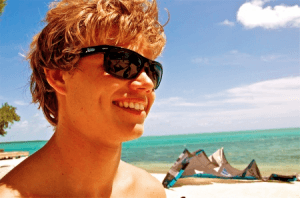 Linear polarizers are also popular in camera filters, sunglasses, and in machine vision systems when glare reduction is required. By placing two polarizers over top of each other and rotating one against the other, the brightness and intensity of a light source can be controlled.