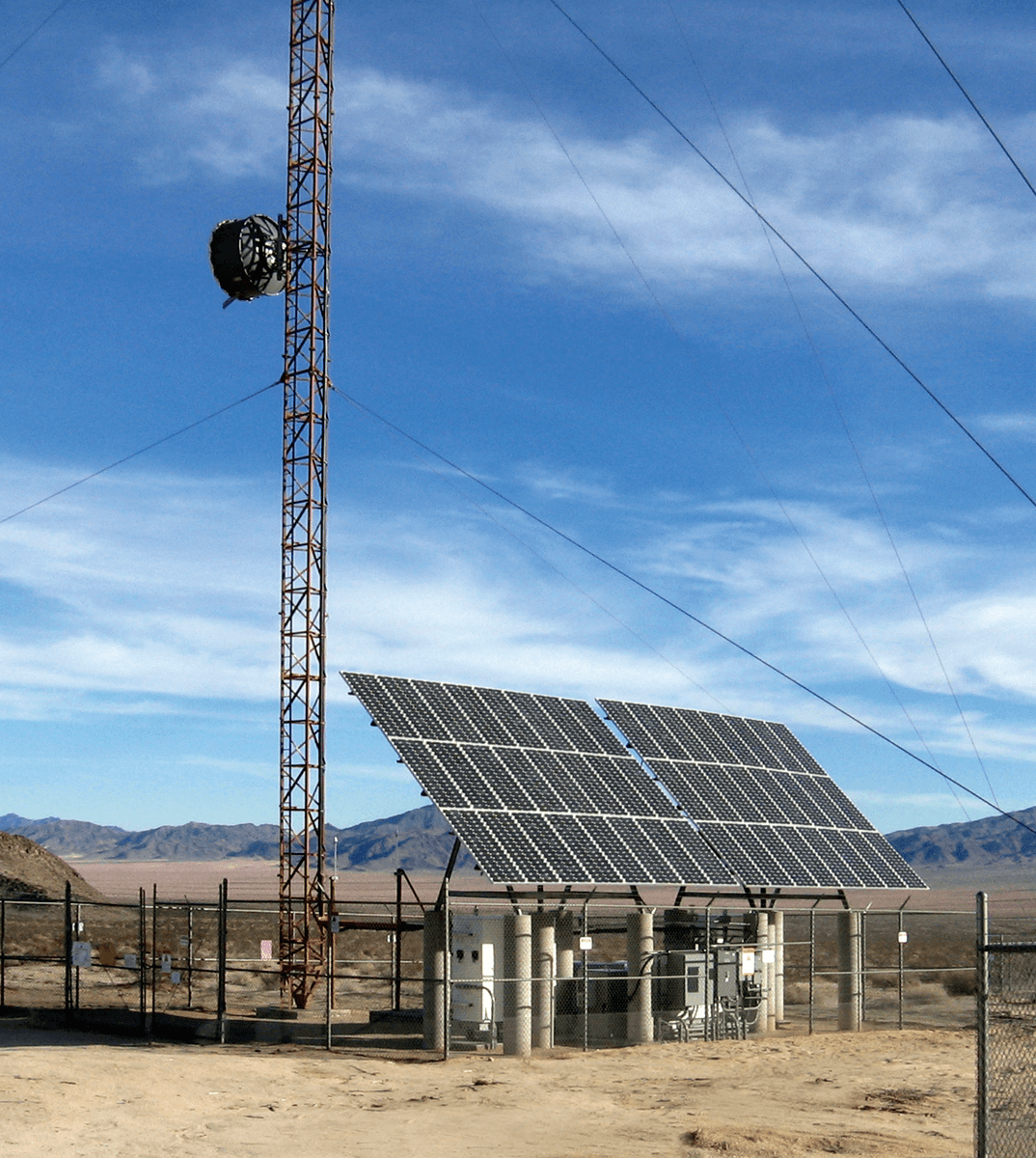 Photovoltaic (PV) and solar power systems convert light into electricity. They are a form of an intermittent power source that generates electricity by one of two basic principles; photovoltaic and concentrated solar power (CSP). In either case power generation is dependent on solar radiation.

Solar radiation is an indirect method of heat transfer. Electro-magnetic waves transfer thermal energy through space until they make contact with a physical substance. When the waves are absorbed an excited state is experienced and the affected molecules begin to vibrate at a higher frequency. This change in enthalpy becomes the catalyst for photovoltaic and solar power systems.

The significance of Wein's Displacement Law is in its relation to harnessing solar radiation and maximizing efficiency. This is done by capitalizing on absorption of photons within the wavelength range of the electro-magnetic spectrum that reaches Earth's surface.

The total solar energy received at ground level is approximately 1004 watts per square meter. 527 watts pertain to IR radiation, 445 watts pertain to the visible spectrum, and 32 watts pertain to ultraviolet radiation. These approximations are also affected by the zenith point, cloud cover, air quality and other atmospheric and climatic variables.

Solar energy is harnessed through either photovoltaic cells or concentrated solar powers systems. They absorb solar radiation and either use the change in enthalpy to heat a thermal fluid or generate an electrical current by mobilizing electrons across a PN junction in a semiconductor.

The operating principle of a basic photovoltaic cell is dependent on a PN junction. The PN junction is a union between two dissimilar materials, most commonly doped semiconductor materials, with a positive or P-region with positive ions and a negative or N-region with a negative charge. The photons interact with the N-region and mobilize the free electrons, creating an electrical current. The operation of the cell is dependent on the activation energy required to mobilize the electrons and therefore the wavelength of the absorbed photons. The PN junction is optimized to absorb photons in the visible and IR spectrums.

Photovoltaic systems contain several solar panel or photovoltaic cells. The PV cells or solar panels receive solar radiation and through the photovoltaic effect, creation of a voltage or electrical current by exposure to light, generate a direct current (DC) voltage. This DC voltage is fed to a PV combiner, which accumulates the cell voltage from several units and supplies a single electrical current that is fed to a charge controller. The charge controller limits the amount of current that is fed or drawn to a battery pack. The use of a charge controller and battery pack is only required when working with an energy storage system and primarily in off-grid power systems. Disconnects are then used to isolate the solar inverter which converts the DC current into an alternating current (AC). The AC voltage is a usable form of electricity that can feed a mains panel or be fed into a power grid when supply exceeds demand.

Image Credit: The University of Maryland

Trough systems use parabolic mirrors to direct sunlight to a focal point where the solar receivers are located. A thermal fluid, typically synthetic oil, circulates the radiant energy from the solar receiver to a heat exchanger that in turn runs a steam turbine-generator.

A heliostat is composed of a large plane mirror and solar tracking system that are used in conjunction to reflect solar radiation toward a predetermined target. Heliostat tower systems use a large array of heliostats to focus the solar energy toward a thermal fluid reservoir, most commonly a molten salt, on a tower. The thermal fluid can reach temperatures as high as 1050°F. The thermal energy can be used immediately to run a steam turbine-generator or stored for later use as molten salts are very efficient at retaining thermal energy.

Stirling engines are external combustion engines that produce mechanical power through the cyclic compression and expansion of compressible fluids, such as air and gases, by interaction with a heat source. Solar stirling engines use a large parabolic mirror to focus and concentrate solar radiation. In turn the stirling engine is coupled to an alternate and generates electricity.

IEC standards encompass all electro-technologies including electronics, magnetics and electromagnetics, electro-acoustics, multimedia, telecommunication, and energy production and distribution, in addition to related general disciplines such as terminology and symbols, electromagnetic compatibility, measurement and performance, dependability, design and development, safety and the environment.