Photovoltaic cells or solar cells generate a voltage when radiant energy falls on the boundary between dissimilar substances.  The photovoltaic process converts the energy of the sun directly into electricity using solar cells. This conversion is called the photovoltaic effect. The light hitting the solar cell produces both voltage and current to generate electrical power. 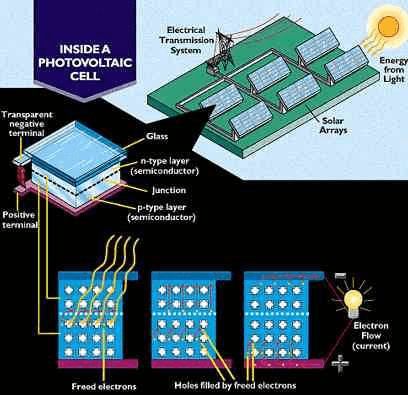 Solar cells must be built with special materials, usually silicon crystal, in which the absorption of light releases electrons. A solar panel, also called a photovoltaic panel, is a group of photovoltaic cells that are enclosed to keep the cells safe and so that the voltage obtained from each cell can be combined. They are usually made using semiconductor materials in the form of a p-n junction (a typical diode). 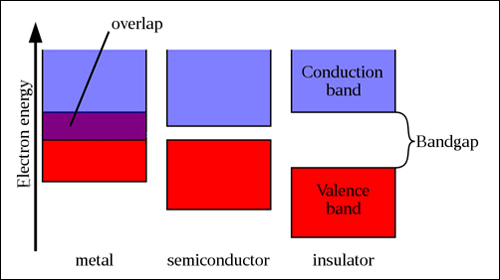 There are two types of band gap: direct and indirect. Direct band gap has higher efficiency in creating free electrons since only a photon is required to release an electron. This type is also thinner than indirect band gap material. Indirect band gap requires a small amount of kinetic energy that cannot come from a photon, but comes from the momentum of other particles. It is less efficient and therefore requires thicker material.

There are three basic types of photovoltaic cells: mono-crystalline cells, polycrystalline cells, and amorphous cells. Crystalline silicon is the most common material for commercial applications. It has a well-known standard process because silicon is abundant. However, it requires expensive highly pure silicon and competes for silicon with electronics industry.

A photovoltaic system contains individual solar panels that convert the solar energy into usable direct current (DC) electricity that can then be distributed through an inverter to the electric grid or the utility panels at industrial sites or even in houses. Photovoltaic cells are generally connected to form solar panels. Solar panels can also be combined to produce currents used in a variety of applications. A photovoltaic system is composed of a cell, panel, and array.

In order to design a photovoltaic system there are several steps that must be considered. The total load current and operational time should be determined and then system losses can be added. Load refers to all the devices in the system that consume electrical power. Additional design rules include determining the solar irradiation in daily equivalent sun hours, the total solar array current requirements, optimum module arrangement for the solar array, and battery size for recommended reserve time. 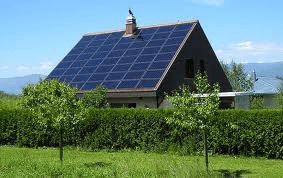 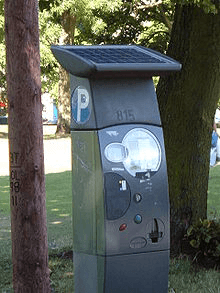 Photovoltaic power is reliable, creates no pollution, and can be quickly installed. A photovoltaic cell manufacturer or a solar cell manufacturer can produce this type of cell for many applications, ranging from calculators to satellites to telephones and vehicles. The expected lifetime for photovoltaic cells can be up to 40 years. The time to recoup the cost of a solar panel averages five years, but can range between one to thirty years depending on the type of solar panel and its larger photovoltaic system.