Air showers use jets of filtered air to clean particle contamination from personnel and equipment during entry into a cleanroom environment. Removal may include dust particles or other excess contaminants residing on the person. Sprayed air is designed to blow in multiple directions and can exceed velocities of 25 m/s in certain models.

Particulates are small, granular, solid objects such as dust or flakes. They are deposited on surfaces through dry deposition. Particulates as small as 0.3 microns are known to cause killer defects and are filtered out of the controlled environment.

Film contaminants are air-borne materials that collect on surfaces forming a thin coating. They can source from fumes, smoke, and the outgassing of soiled surfaces. Film contaminants as thin as 10 nm (nanometers) alter surface properties and may cause a killer defect to form in the chip or wafer.

Function of an Air Shower

The entrance of personnel to the work area is the largest contributor to contamination in a cleanroom and air showers are designed to minimize the risk of contaminating the controlled environment. Air showers are self-contained units with interlocking doors, a HEPA filtration unit, blower, and a programmable logic controller (PLC) or other control unit. 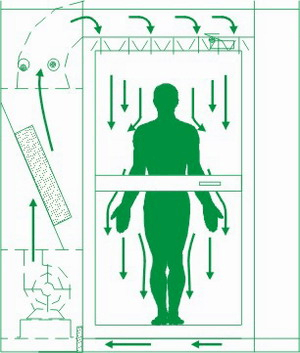 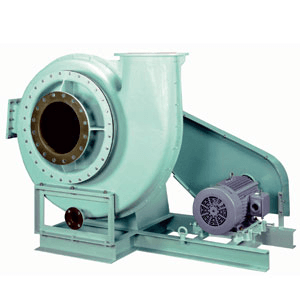 PLCs (programmable logic controllers) are the control hubs that are used to operate the air shower.  They contain multiple inputs and outputs that use transistors and other circuitry to monitor, operate, and control the air shower. They are software programmable and are interfaced via standard computer interfaces, proprietary languages, and network options. They receive input from door interlocks, pressure sensors, flow sensors, and other feedback loops in order to operate the blower and control access to and from the cleanroom.

Air showers are designed to adjoin a gowning room with a cleanroom. In order to select the correct air shower you need to consider the geometry, dimensions, materials of construction, and standards or compliances required. 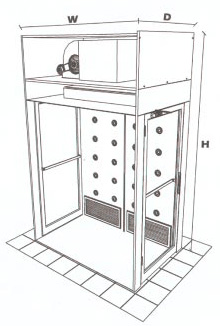 Air showers are manufactured from various materials including steel, stainless steel, aluminum, and plastic or plastic laminate. Materials of construction may be governed by the requirements of the air shower.

Steel is a commercial iron that contains carbon in any amount up to about 1.7 percent as an essential alloying constituent. It is malleable when under suitable conditions, and is distinguished from cast iron by its malleability and lower carbon content.

Stainless steel is chemical and corrosion resistant, and can have relatively high stress ratings. Although many grades are available, most stainless steel cannot be hardened to the same degree as carbon steels.

Plastics or plastic laminates are organic, synthetic, or processed materials that are mostly thermoplastic or thermosetting polymers of high molecular weight.

Air shower performance and credibility is governed by ISO and US federal standards. Air showers that meet requirements that support disabled workers are governed by ADA compliance.

ISO/DIS 14644-1:2010 is a standard developed by ISO that describes the methodology of classifying a cleanroom to one of several classes. This standard is periodically reviewed and revamped to address the needs of the industry. Air showers may be classified to an ISO class that describes the level of contamination that exists within the air shower. ISO cleanroom classes are defined by the following formula:

FED-STD-209E is a US federal government standard that is used to classify the cleanliness of a cleanroom or other related equipment such as an air shower. The class number used refers to the maximum number of particles bigger than one-half of a micron that would be allowed in one cubic foot of cleanroom air. A Class 100 cleanroom, for example, would not contain more than 100 particles bigger than half a micron in a cubic foot of air. The six classes and ISO equivalents are Class 1 (ISO 3), Class 10 (ISO 4), Class 100 (ISO 5), Class 1,000 (ISO 6), Class 10,000 (ISO 7), and Class 100,000 (ISO 8).