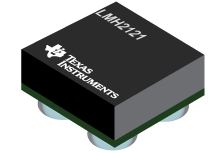 RF power detectors pick up radio frequency signals and generate an output corresponding to the strength of the signal. Subsequently, a processor correlates this output to real signal power. In applications requiring greater dynamic range, a new generation of instruments, such as logarithmic and RMS instruments, are replacing the traditional diode detection method. All classes of detection systems possess unique characteristics that make them suitable for particular uses.

Real signal power provides RF engineers with information essential to selecting the component size and establishing controls for optimal signal and data accuracy. The power is monitored closely over increasing distance to analyze circuit performance and reliability in communications applications.

Most power measuring appliances are designed for use in broadband communications. Their advanced functionality makes them ideal for test equipment, military, and aerospace technology, as well as advanced physics laboratories.

Two primary types of RF power detecting units are common in modern applications. These include:

Log detectors: These detectors are optimal in systems with a pulsed RF signal (for instance, TDMA), as well as systems having a moderately uniform peak-to-average (PAR) power ratio. The generated output matches the real signal level, although fluctuations in waveform and PAR give rise to discrepancies in the correlation.

Modern communications technology with sophisticated modulation schemes produces signals featuring significant variation in PAR over time. The peaks in the amplitude-modulated (AM) RF envelope trigger an error in the output response of a log unit.

RMS detectors: These devices remain unaffected by the fluctuations in PAR or RF signal waveform and provide an accurate representation of average signal strength. They are slower than other varieties of power detecting units. These instruments are similar to analog calculators, as they calculate the RMS power from an input signal rather than responding to the AM envelope of a signal as other types do.

RMS detectors contain full-wave rectifiers at their core, along with an integrator and a log/antilog circuit. The output signal created by the tool varies in proportion to the average incoming power measured in dB. Temperature compensation circuits that balance the level of output precision across the full operating temperature range are integrated into the bias block. Internal offsets are suppressed by the DC offset cancelation circuits, which allow for accurate measurement of minor input signals.

RMS components assist in controlling the signal level and gain using the average power measurements. However, they are not effective in providing advanced monitoring data, such as continuous tracking of signal strength at peak levels that is necessary to avoid saturation of signal-processing chain elements. In addition, measuring the signal crest factor (ratio of the peak value to its RMS) of a radio transmitter is essential to optimizing power amplifier performance in a communications system. Such scenarios require an envelope detector (a simple AM diode circuit) and an RMS detector operating in tandem.

Some modern RMS units possess the capabilities of both instruments. The new models feed data from an envelope detector within the product into an analog RMS processor. It also provides a signal representing the ratio of envelope-to-average power. This signal, combined with the RMS output, allows for the production of simultaneous instrument outputs generated by a single measurement component. The unified structure eliminates correlation challenges associated with distinct, temperature dependent calibration procedures required by each mechanism in the traditional setup. These outputs realized using the new technique are useful in measuring the peak signal strength, peak-to-average power, RF wave-shape, and average power.

The function of RF power detectors is dependent on the technical attributes. Log type components convert input RF signal energy to DC voltage corresponding to the input log. The output is scaled in decibels and is presented in linear form across the decibel input range. The resulting response curve has a slope ranging from 20- to 25-mV/dB. In contrast, the RMS DC output is in direct proportion to the input signal's RMS value.

Most applications that focus on measurement and control of RF power employ log type models, as do the solutions tracking pulsed RF signals, primarily because of the detector's fast response time. RMS type models are preferred in applications featuring a signal with a high or widely fluctuating crest factor. They are also used in CDMA and WCDMA wireless systems utilizing spread-spectrum signals and orthogonal frequency-division multiplexing (OFDM) systems (WiBro and WiMAX) which have a greater crest factor that is continuously changing.

RF power detectors support a diverse range of features, including:

RF power detectors have a wide range of applications, including:

The type of RF signal being measured is the key element in selecting power detecting instruments. Other factors to consider prior to the acquisition include response speed, input signal sensitivity, temperature stability, and operating frequency. RMS units are appropriate for dynamic range applications where detection of wave shapes or crest factor changes is critical while envelope detectors are ideal for instantaneous measurements.