Heavy duty rectangular connectors are designed to accommodate large electrical loads and direct signals under a multitude of operating conditions.  They are normally used in industrial applications where the delivery of high power is required. For this reason special terminations such as solder cup, wire wrap, and other heavy duty terminals, are used to secure the safe delivery of power

Heavy duty rectangular connectors may be also designed for use in harsh environments and often feature special attributes to protect against the ingress of wind, sand, dust, or water. These frequently include military specification approvals, gold-plated contacts, hermetic sealing, and washdown capability. A heavy duty connector is typically rated by the National Electrical Manufacturers Association (NEMA) based on its degree of protection against corrosion, submersion, and other environmental factors.

A connector's current rating describes the amount of current the connector can accommodate without overheating or overstressing. It is based on a number of factors, including the connector's insulation, electrical resistance, current frequency and ambient temperature.

Rated voltage is an important specification to consider when selecting a heavy duty rectangular connector. When discussing electric power, applications using less than 1 kV are considered low voltage, 1-36 kV are medium voltage, and greater than 36 kV are high voltage.

Contact size is defined as the maximum diameter of the cable that will terminate in the connector. The contact size is measured using the American Wire Gauge (AWG) standards. The AWG standards indicate the size of the cable based on the maximum power that can transmitted without damaging it. The larger AWG numbers indicate smaller wire diameters, while smaller AWG describer larger diameters.

A termination, also known as a terminal, is a device designed to establish electrical contact between a connector and a conductor.

Cage clamp terminals involve inserting a conductor into a hole to make electrical contact with the connector. The conductor is then clamped into placed using a lever or other clamping device.

Insulation displacement connectors (IDC) make a connection by slicing through the cable insulation. As its name implies, an IDC makes and maintains contact when the insulated conductor is forced through a restrictive slot in the connector, displacing the insulation and allowing the bare wire to engage the slot.

Solder terminals are permanent terminations which are especially appropriate for heavy duty connections. Solder pin terminals involve soldering wires or pins onto a printed circuit board (PCB). In a solder cup terminal, the conductor is inserted into the mounting location before being soldered.

Through hole technology (THT) involves inserting component leads through holes in a PCB and soldering them to the opposite side.

Wire wrap connections are made by wrapping a solid wire around a terminal post using a special tool.

Depending on the application of the connector, special features may be needed to protect equipment and humans.

Heavy duty rectangular connectors may be manufactured according to one or many standards.

Connectors may be rated by the National Electrical Manufacturer Association (NEMA), a U.S. professional association. NEMA ratings define the type of suitable environment in which an electrical product can be used. The following table defines some common NEMA ratings.

Heavy duty rectangular connectors may be rated as RoHS (Restriction of Hazardous Substances directive) compliant. The RoHS directive adopted by the European Union in 2003 and took effect on July 1, 2006. RoHS restricts the use of the following six hazardous materials in the manufacture of electrical equipment: 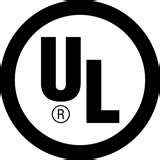 A heavy duty rectangular connector may comply with other international standards in addition to those named above.

Rugged PC Review - What is a NEMA rating?