Fuel dispensing equipment dispenses and monitors liquid or gaseous fuel. Fuel dispensers are used to pump liquid fuels such as gasoline, diesel fuel, oil, or kerosene into a vehicle, aircraft, storage tank, or portable container. Gaseous fuel dispensers may refuel hydrogen- or syngas-powered vehicles or machinery, or simply be used to move gases from one location to another.

Petroleum fuels include gasoline (petrol), diesel, and kerosene. Liquid petroleum fuels do not directly ignite. Instead, fumes from the fuel ignite when exposed to an ignition source and vaporize the remaining liquid, causing the liquid to burn as fumes itself. Gasoline and diesel are common automotive fuels, while kerosene is common as fuel for heaters, a component of many jet and rocket fuels, and an additive to diesel to prevent cold-temperature effects.

Compressed natural gas (CNG) and liquefied petroleum gas (LPG) are related compressible fuel types. CNG is primarily comprised of methane, while LPG is a mixture of propane and butane. Both are relatively clean- burning but must be stored under pressure due to their low boiling points. CNG and LPG are used for cooking, heating, and increasingly as motorized vehicle fuel.

Alcohols include ethanol, butanol, and methanol. They are employed as vehicle fuels or fuel additives in combination with gasoline.

Fuel gas can be broken into two groups:

Manufactured fuel gas is produced through artificial processes, most commonly by gasification. Manufactured gases include coal gas, water gas, syngas, wood gas, and biogas. Manufactured gas was used for lighting and cooking until the mid-20th century and is now found as gas turbine or combustion engine fuels.

Typical fuel dispensers include several sections, such as hydraulic, metering, and hose/nozzle portions. The hydraulic section contains a rotary pump for drawing fuel from the storage tank and a solenoid/pilot valve to ensure that fuel flows only toward the dispenser and not back into the pump. Commercial dispensers such as those found at gas/petrol stations may house multiple units connected to different storage tanks for the purpose of supplying multiple fuels with different compositions or octane ratings.

An operational fuel dispenser contains a continuously running electric motor between the storage tank and the hydraulics portion of the unit for the purpose of maintaining a partial vacuum at the rotary pump inlet. When the nozzle opens, the storage tank draws suction pressure from the inlet, causing fuel to flow toward the pumping unit. An intermediary filter removes air bubbles or suspended solids from the fuel.

Fuel then flows through the pump and valve and into the metering unit. This portion includes mechanical gearboxes, as in older pumps, or piston meters and encoders to measure and distribute a specified amount of fuel or track fuel output. After the metering section, the fuel progresses through a flexible hose and into a nozzle that dispenses it into a vehicle or storage tank. 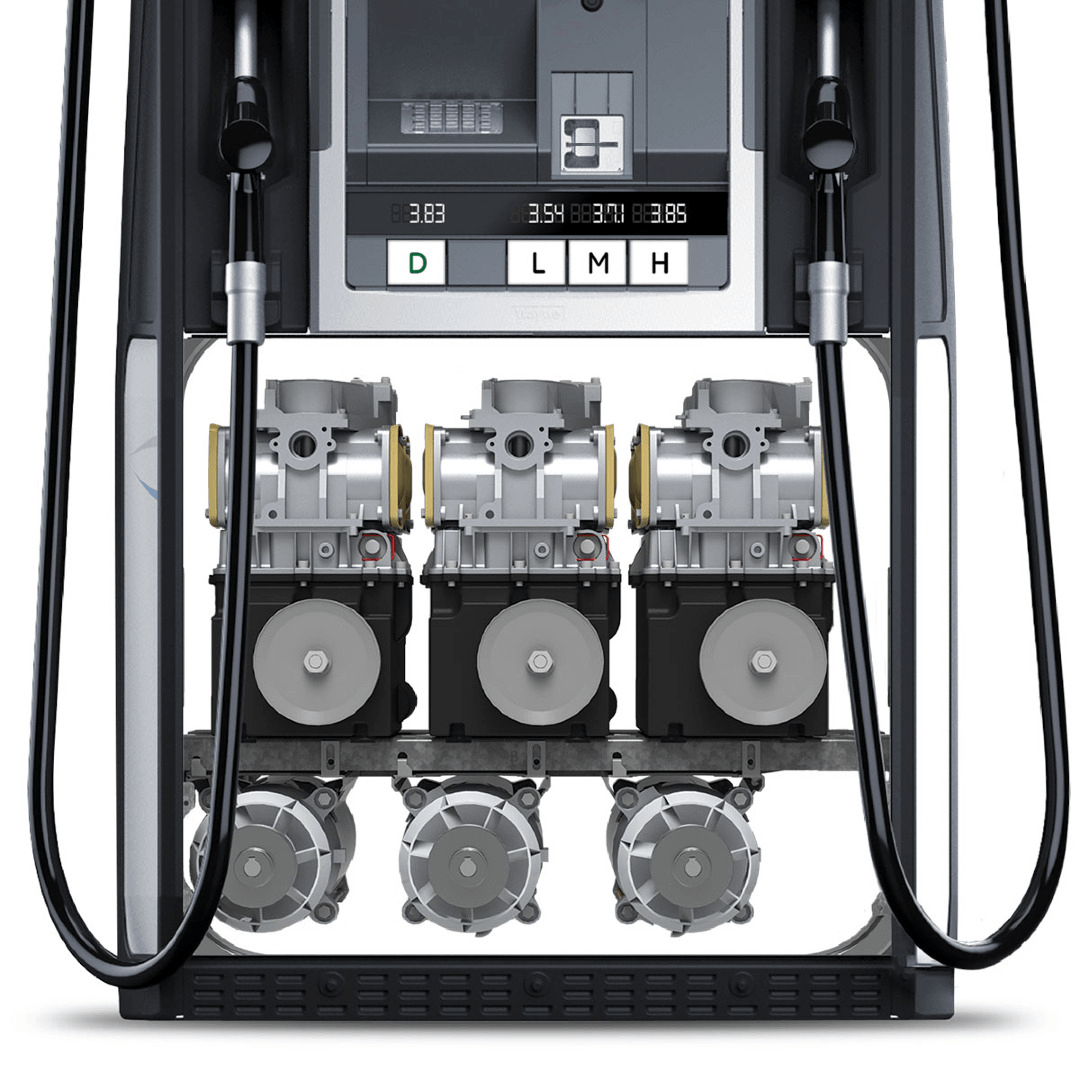 Dispensing nozzles represent the interface between the unit and the user. They are often equipped with safety features, some of which are listed below.

Manufacturers may supply complete dispensing systems or the discrete components that comprise a system. These products include fuel meters, nozzles, hydraulics systems, and individual valves or pumps.

Fuels and fuel gases are flammable, and dispensing them improperly or with faulty equipment can lead to fire or explosions. For this reason fuel dispensing equipment often conforms to specifications and recommendations contained in published standards like those listed below.

How Products Are Made—Gasoline pump