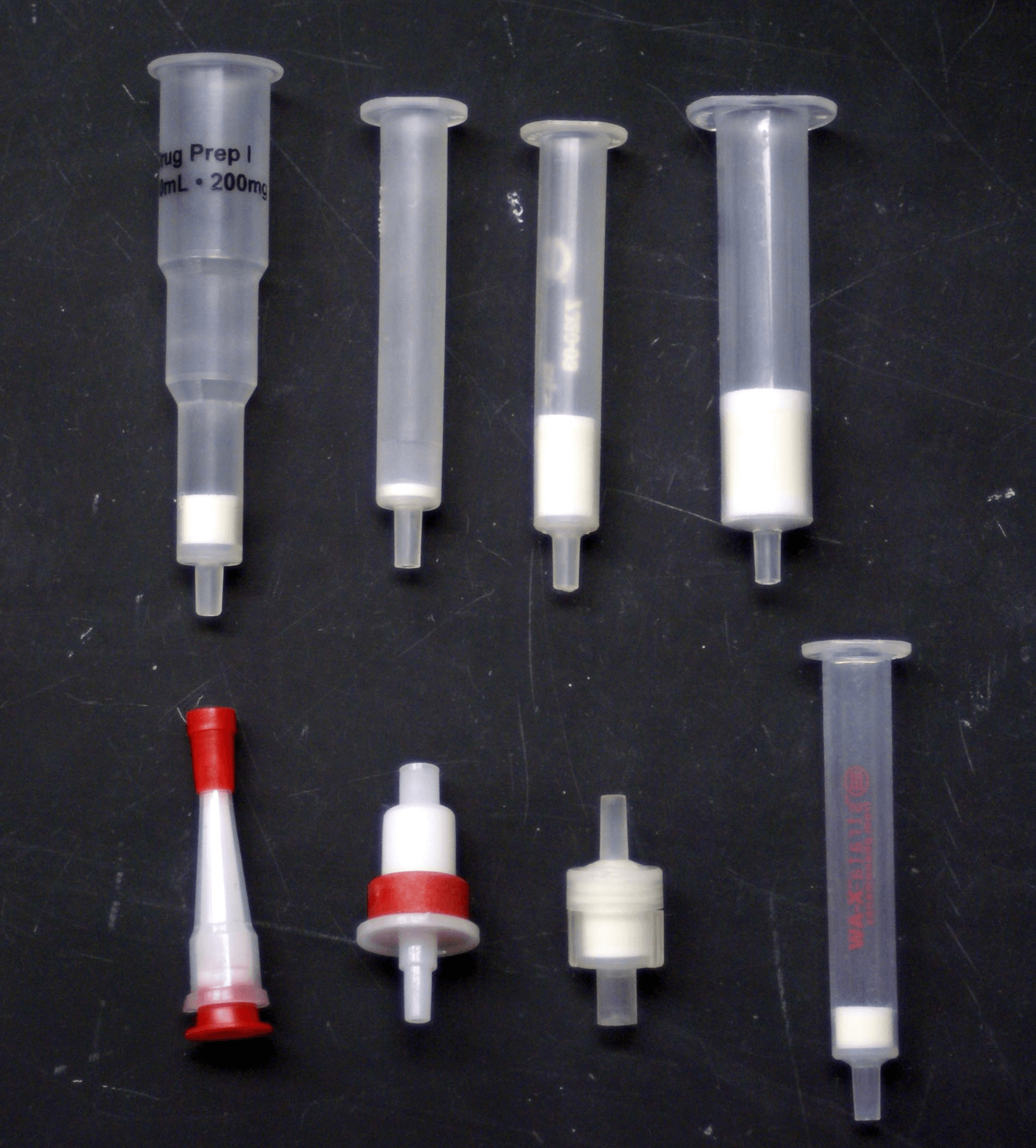 Solid phase extraction (SPE) is a valuable sample preparation process. It uses a solid phase and a liquid phase of an analyte extracted from a solution. SPE is usually used to clean up a sample before using chromatography or other analytical methods to quantify the amount of analyte there is in a sample. SPE is more efficient than liquid/liquid extraction. It yields quantitative extractions that are easy to perform, it is rapid, and it can be automated. With SPE, many of the negatives associated with liquid/liquid extraction can be prevented; incomplete phase separations, disposal of large quantities of organic solvents, and the need for expensive and breakable glassware to name a few. The general procedure of SPE is to load a solution onto the SPE, wash away undesired components, and then wash off the desired analytes with another solvent into a collection tube. Solid phase extractions use the same type of stationary phases as are used in liquid chromatography columns.

Polar extraction is where the stationary bed is strongly polar in nature and the mobile phase is non-polar or hydrophilic. Polar samples are retained on the polar surface of the column packing longer than less polar materials. Good for water-sensitive samples, analytes that are insoluble in water, certain geometric isomers that are difficult to separate by reversed-phase, and class separations.

Non-polar extraction is the inverse of normal phase chromatography. The stationary bed is non-polar (hydrophobic) in nature, while the mobile phase is a polar liquid, such as mixtures of water and methanol or acetonitrile. Here, the more non-polar the material is, the longer it will be retained.

Ion exchange extraction comes in several variations, including cation, anion, and covalent. The stationary bed has an ionically charged surface of opposite charge to the sample ions. This technique is used almost exclusively with ionic or ionizable samples. The stronger the charge on the sample, the stronger it will be attracted to the ionic surface and, thus, the longer it will take to elute (extract). The mobile phase is an aqueous buffer, where both pH and ionic strength are used to control elution time.

Cartridges/columns are the traditional solid phase extraction configuration. Solid phase extraction cartridges are available with a variety of stationary phases, each of which can separate analytes according to different chemical properties. Often, the barrel of a medical syringe packed with a small amount of sorbent, usually less than a gram, although cartridges with up to 10g are commercially available. The packing is contained in the barrel by frits, just like an HPLC column. The diameter of the packing material, usually in the 40-micron range, is larger than used in HPLC. Because efficiency is relatively unimportant in SPE and cost is more central, irregularly shaped particle packings rather than spherical packings are used. Overall, the principles of separation phase selection and method development approaches for SPE are the same as for LC and HPLC. Most stationary phases are based on silica that has been bonded to a specific functional group.

SPE disks are popular for large volume sample preparation. The disks resemble the membranes used for filtration but differ in that they have sorbent particles embedded in an expanded PTFE network or fiberglass matrix. The disks are flat, usually 1 mm or less in thickness with diameters ranging from 4 to 96 mm. The packing material generally makes up 60 to 90% of the total membrane weight. The small length-to-diameter ratio of the disk enables higher flow rates and faster extractions than can be achieved with cartridges. For example, 1 liter of relatively clean water can pass through a 45 mm disk in approximately 20 minutes but may require one to two hours when using a 15 mm x 18 mm cartridge bed.

Solid phase microextraction, another configuration, uses solid, fused silica fibers coated with a polymeric GC-like stationary phase. The fiber replaces the plunger of a microsyringe. This fiber is dipped into the aqueous solution containing the trace organics to be analyzed. The organics diffuse and partition into the polymeric coating as a function of their distribution coefficients. Convection speeds up the process. After a predetermined time, the fiber is removed from the solution and placed into the injection port of a gas chromatograph, where the analytes are thermally desorbed. Alternately, the fiber can be placed into the injection port of an HPLC valve, where analytes are displaced by the use of mobile phase or other solvent. 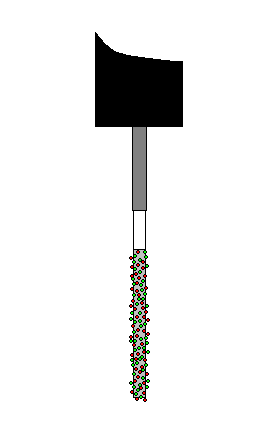 Several factors may influence how solid phase extraction cartridges and disks are specified and selected. For instance, the separation mechanism can be a syringe, vacuum manifold, or a centrifuge type device. The sorbent mass, sample volume, disk diameter particle and pore size, and extraction volume may need to be factored in. Tubes can be made of glass or plastics such as polypropylene. Frit (the porous element at either end of a column that serves to contain the column packing) can be constructed of polyethylene, Teflon, stainless steel, or glass.

The use of SPE sample preparation can significantly enhance the robustness and reliability of many biological, pharmaceutical, forensic, and environmental applications. Solid phase extraction procedures are used not only to extract traces of organic compounds from environmental samples, but also to remove the interfering components of the complex matrices in order to obtain a cleaner extract containing the analytes of interest. When compared to other sample preparation processes, solid phase extraction using SPE cartridges offers scientists and lab technicians many cost and procedural benefits.