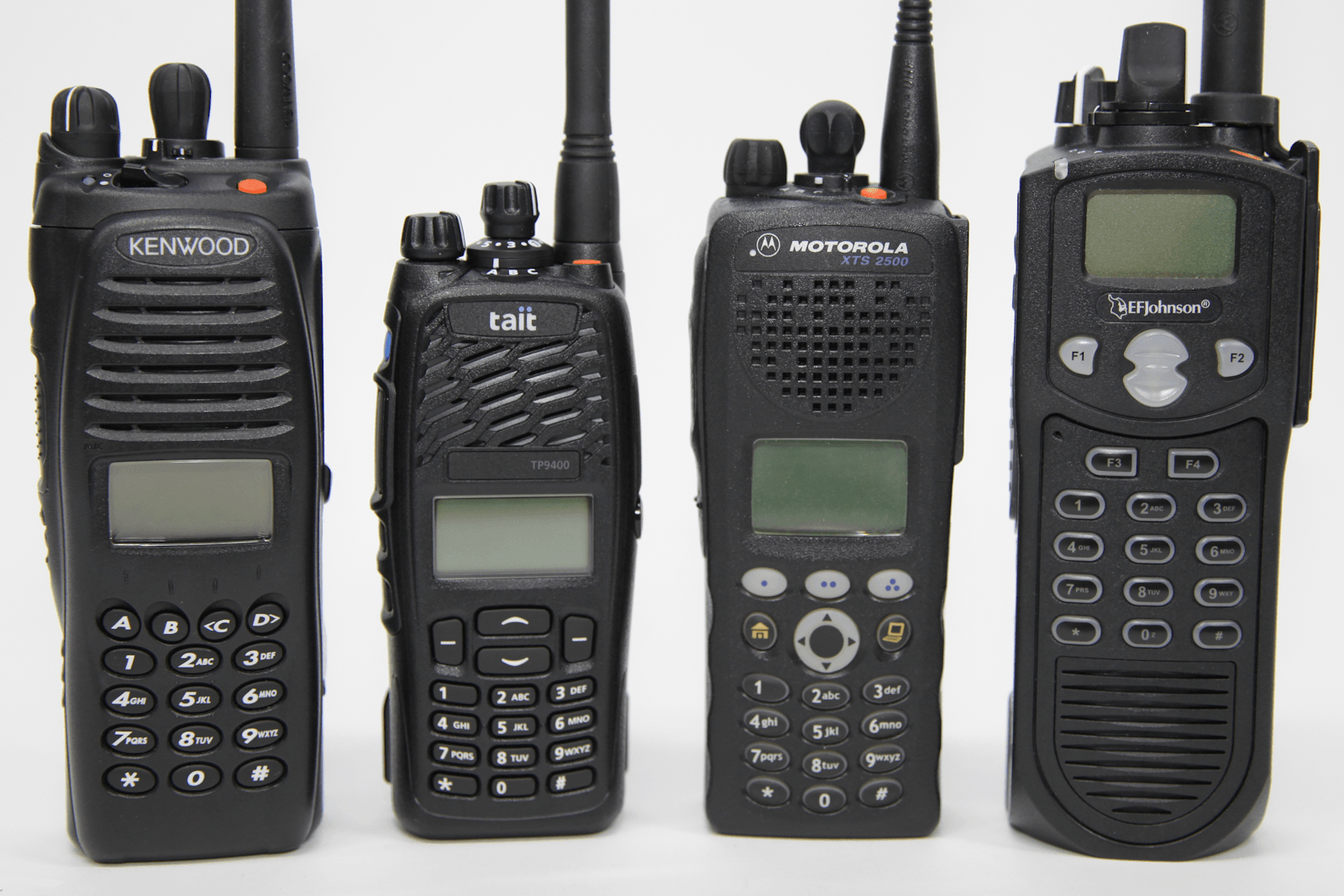 Radios are communication systems that send and/or receive electromagnetic waves. Devices such as citizens’ band (CB) radios, walkie-talkies, and handie-talkies are two-way radios that can be used for interpersonal communications. Two-way radios consist of a transmitter, receiver, and antenna. They are available in mobile and base configurations.

Unlike cellular phones, radios do not require a monthly contract or carry per-call charges. In the United States, two-way radios are regulated by the Federal Communications Commission (FCC) and use ultra high frequency (UHF) and very high frequency (VHF) bands. UHF radios use line-of-sight communications and repeaters. They provide better reception than CB radios, which can use either HF 27 MHz or UHF 477 MHz. VHF radios are used mainly in marine applications and by emergency personnel. VHF/UHF two-way radios are also available. Radio accessories include:

Two-way UHF radios use family radio service (FRS) and/or general mobile radio service (GMRS). In the United States, FRS radios use 14 channels (1-14) and do not require an operator’s license. They have a maximum power level of 0.5 mW and a relatively short range. FCC regulations prevent users from modifying FRS radio transceivers and FRS antennas. GMRS radios use eight dedicated channels (15-22) and require an FCC operator’s license. They have a greater range than FRS radios and may be outfitted with antennas to extend their range. Most GMRS radios have power ratings of 1.0 to 5.0 W and a maximum allowable power level of 50 W. FRS/GMRS hybrid or dual-service radios provide access to both the FRS and GMRS bands. They can be operated without an FCC license if only the FRS channels are used.

Features such as voice scrambling can help prevent the unauthorized monitoring of radio communications. Direct calling allows an operator to call one person in the group without contacting all of the group’s members. Privacy codes extend the number of available channels by adding 38 continuous tone coded squelch system (CTCSS) codes to each channel. For example, FRS radios with CTCSS codes have a total of 532 channels (14 x 38). Additional features for two-way radios include:

Some FRS radios and GMRS radios use AA or AAA batteries. Others use NiMH rechargeable batteries and may include a battery pack and charger.