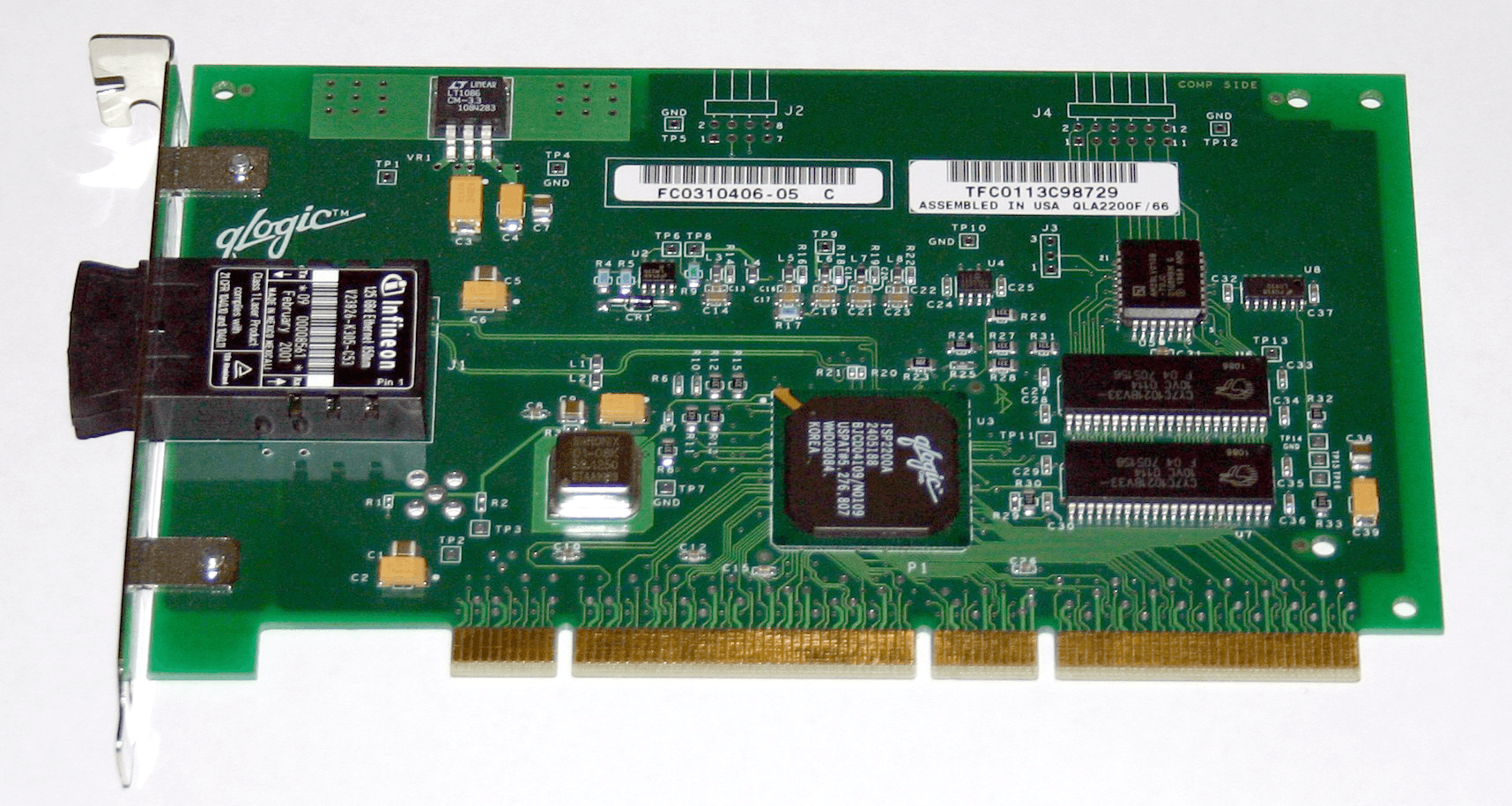 Buses are data connections between computers and internal or external devices. Bus adapters connect peripherals to computers that do not provide native support for a peripheral’s interface. For example, bus adapters enable communication between video cards and computer processors that do not share the same protocol. Some bus adapters are housed in cables that connect one bus to another. Others are board-level cards, blades, or stand-alone units with interfaces and power supplies. With hot swappable bus adapters, components can be added or removed without interrupting the operation of the main unit.

Bus adapters vary according to protocol or connective technology. Integrated drive electronics (IDE) is a standard electronic interface used between a computer motherboard’s bus and the computer’s disk storage devices. In 1990, the American National Standards Institute (ANSI) adopted the 16-bit IDE standard as the Advanced Technology Attachment (ATA). Another 16-bit standard, Industry Standard Architecture (ISA), can transfer data at a clock speed of 8 MHz and is capable of handling memory under 16 MB. Extended ISA (EISA) also runs at 8 MHz, but is capable of 32-bit data transfers and can access all system memory.

Another common bus, the general purpose interface bus (GPIB), is designed to connect computers, peripherals, and laboratory instruments so that data and control information can pass between them. Bus adapters for IEEE 1394, a universal serial bus (USB), provide high-speed connections to components such as:

Peripheral component interconnect (PCI) is a local bus designed for high-end computer systems. PCI bus adapters transfer 32 or 64 bits of data at a clock speed of 33 MHz and support three to five critical peripherals, which integrate either directly onto the motherboard or via expansion cards. PCI-X, an extended version of the PCI bus, is designed to improve the performance of high bandwidth devices and features speeds up to 1 GB/s. Another PCI variant, PCI-Express, provides 4 GB/s per direction for x16 links and 8 GB/s of concurrent bandwidth. A compact version of the PCI bus (cPI) is used extensively in data communication routers and switches, real-time machine control, and military systems.

Bus adapters also differ according to the number of terminating connections or the range of acceptable ports or slots that can be added to the system. For example, laptop computers that connect to credit-card sized peripherals called PCMCIA devices require a special bus adapter to replace the COM port on a standard bus. PCMCIA bus adapters are cards that plug into a 68-pin host socket connected either to the motherboard or to an expansion. These bus adapters translate PCMCIA signals into a format that buses can use.