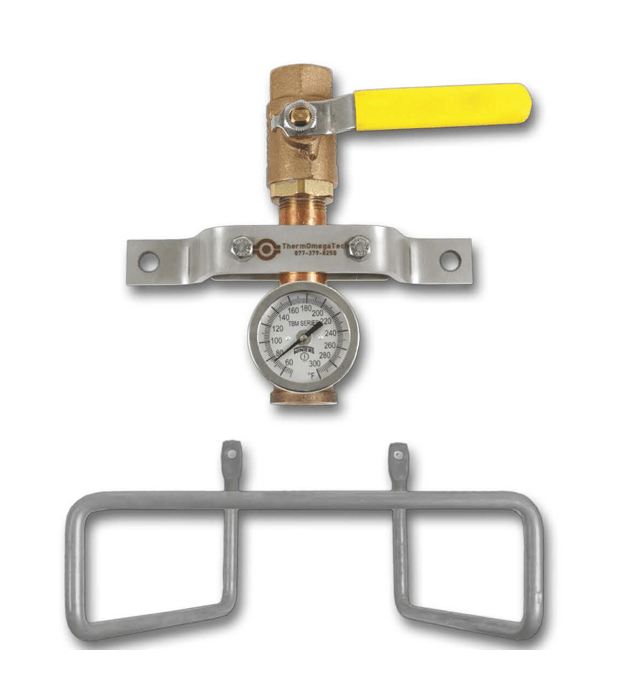 Washdown stations are used in many industries, including:

Washdown stations are designed to have a mixing valve for hot water or steam to mix with cold water for a desired temperature. Technologies tend to differ. For example, older more conventional washdown stations utilize spool and diaphragm technology, which relies on multiple moving parts. Disadvantages of spool and diaphragm technology are due to the technology operating with multiple moving parts that are prone to premature failure. This is due to mineral deposits and scaling.

Meanwhile, Venturi mixing technology has only one moving part, a thermal actuator within the mixing valve cartridge. Cold water enters one chamber while hot water or steam enters the other. Mixing occurs as the two media collide, thoroughly mixing and heating the water. When at a selected temperature or pressure, media is discharged at high pressure. Having just one moving part ensures the long uninterrupted use of the technology, even if there is a high mineral content in the water. Instead, a scouring action occurs that minimizes the buildup of minerals and scale. However, there are disadvantages of Venturi mixing technology, including high initial costs and high maintenance costs.

The valve types commonly used for media are: