Audio transducers and buzzers produce a continuous or intermittent tone by converting electrical energy into acoustic energy. These devices are found in smoke detectors and other products that produce sound. Some audio transducers, like the one in the video below, are programmable and are capable of producing a series of multiple tones.

Audio transducers and buzzers may use electromagnetic or piezoelectric technology to produce a tone. 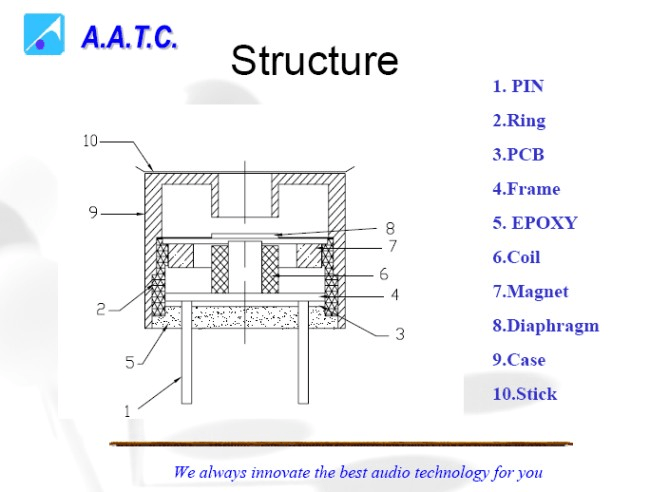 Piezoelectricity is the electrical charge that accumulates in crystals and certain ceramics in response to stress. Piezoelectric audio transducers use a metal plate in conjunction with the piezo ceramic element. The metal plate vibrates when the element expands and contracts, producing an audible sound. 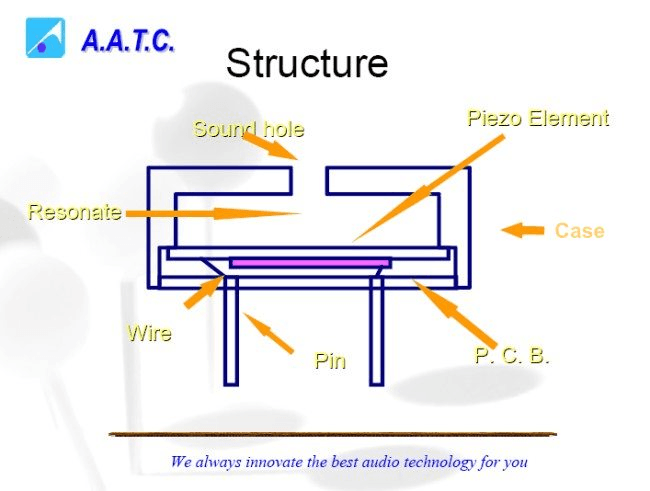 Frequency refers to a number of sound wave cycles, expressed in Hertz (Hz), which determines an audio signal's pitch. The image below shows several waves of various frequencies; the waves at the top of the image are vibrating at lower frequency than the bottom ones.

The human ear is capable of hearing pitches ranging from 20 Hz to 20,000 Hz (or 20 kHz). Common frequency ranges, and the audible sounds they produce, are:

Audio transducers may be manufactured to emit a fixed tone or may specify a range of programmable tones.

This value can be roughly translated as the sound of a mosquito flying 3 meters away from a human ear.

As shown in the table, sound pressure level is calculated to express an enormous range of sounds using a relatively small scale. Because decibels are logarithmic units, a change in power ratio by a factor of 10 is represented as a 10 dB change.

A transducer's terminations determine how it connects to an input source.

The Restriction of Hazardous Substances directive (RoHS) is a European Union order which restricts the use of six hazardous materials in the manufacture of electronic and electrical devices. Although they are often simply referred to as "lead-free", RoHS products contain less than 0.1% of:

The RoHS directive protects the health of electronics industry workers and those in close proximity to areas where high-tech waste is stored. Despite initial concerns about the reliability of lead-free solder, RoHS products have been favorably tested to withstand harsh environmental conditions and severe vibration and shock requirements.

While RoHS compliant products do not carry a standard mark or seal, the image below presents a typical example.