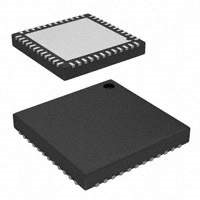 Bluetooth® chips are board level components that broadcast in the 2.4 GHz industrial, scientific, and medical (ISM) radio band. Bluetooth is a registered trademark of the Bluetooth Special Interest Group (SIG), a trade association of electronics manufacturers that promotes Bluetooth technology and ensures compliance. Bluetooth was designed to replace short-range cable protocols, but has expanded into short-range networking.

Devices that contain Bluetooth chips communicate via a standard radio frequency instead of through wires, cables, or direct user action. Newly manufactured devices are Bluetooth SIG 1.2 compliant and are compatible with products that use Bluetooth versions 1.0, 1.0b, and 1.1.

There are several types of Bluetooth chips.

Bluetooth RF transceivers, or radio modems, are transmitters/receivers that operate in the 2.4 GHz range and comply with Bluetooth SIG requirements.

Bluetooth cores are IP cores that can be loaded into field-programmable gate arrays (FPGAs) or application-specific integrated circuits (ASICs).

Bluetooth development kits are also available for both hardware and software applications.

Bluetooth chips belong to several power classes. Class I Bluetooth chips are used in the most powerful devices. These chips operate at 100mW(+20bB/m) and can, with a clear line of sight (LOS), receive signals from a maximum distance of 100 meters. Class II Bluetooth chips are designed for mid-range applications and operate at 2.5mW(+4bB/m). With a clear LOS, devices with Class II chips can receive signals from a maximum distance of 10 meters. Class III Bluetooth chips belong to the least powerful broadcast class. They operate at 1mW(+0bB/m) and can, with a clear LOS, receive signals from up to a meter away. There are several bus interfaces for Bluetooth chips. Peripheral component interconnect (PCI) is a local bus system designed for high-end computer systems. PCI buses transfer 32 or 64 bits of data at a clock speed of 33 MHz and support three to five critical peripherals. Universal serial bus (USB) is a 12-megabit bus designed to replace connections to low-to-medium speed peripheral devices for personal computers such as keyboards, modems, and mice. IEEE 1394, a companion to the USB, is a high-performance serial bus (HPSB) that features speeds in the 400 MB to 1 GB range. IEEE 1394 is also referred to as Firewire®, a registered trademark of Apple Computer, Inc. Bluetooth chips are used in electronic equipment such as computers, cell phones, keyboards, and headphones. Bluetooth chips are also used in the devices that comprise a personal area network (PAN). Generally, a PAN is limited to a single user; however, some PANs include multiple users.