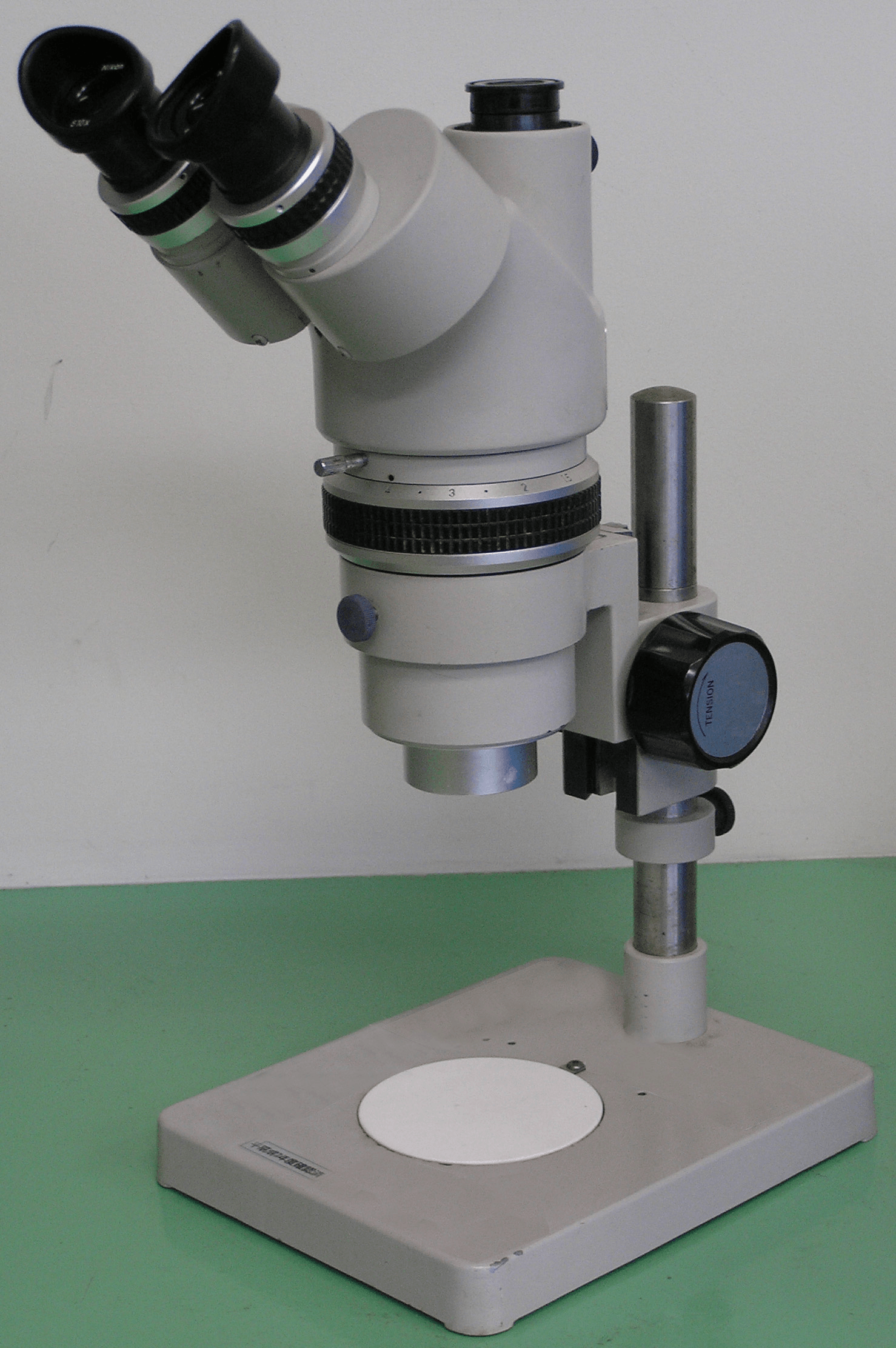 Important parameters in specifying metallurgical microscopes include total magnification and resolution. Total magnification is a ratio of the size of an image to its corresponding object. This is usually determined by linear measurement. Resolution is the fineness of detail in an object that is revealed by an optical device. Objectively, resolution is specified as the minimum distance between two lines or points in the object that are perceived as separate by the human eye. Subjectively, the images of the two resolved points must fall on two receptors (rods or cones), which are separated by at least one other receptor on the retina of the eye.

Metallurgical microscopes can come in one of many types of eyepiece styles. These include monocular, binocular, trinocular, or dual head. A monocular eyepiece has one objective and one body tube for monocular vision. Binocular microscopes are fitted with double eyepieces for vision with both eyes. The purpose in dividing the same image from a single objective of the usual compound microscope is to reduce eyestrain and muscular fatigue, which may result from monocular, high-power microscopy. These types of microscopes are also used for stereoscopic vision, which allows for depth perception of the sample. Trinocular microscopes are fitted with a vertical tube at the top and regular binocular eyepieces at 30 degrees. The vertical tube is often used for a digital camera or a second observer. A dual head has one vertical eyepiece lens and a second eyepiece off the side at 45 degrees (so that two people can view the sample at one time, or one person and a camera). Important features in specifying metallurgical microscopes include a digital display, mechanical stages, fine focus, computer interfaces, and image analysis processing software.