Keylock switches are activated by a key that is turned in a circle and can stop in a range of positions. These devices provide security for a switching function because they require a key to activate them and may have multiple positions they can turn to or simply turn to one position. Keylock switches are a type of rotary switch with the added security of a key.

A common application of a keylock switch is in a car ignition; the key can be used to start the car, or to turn the aux ignition (radio, lights) on. These devices are also found in industrial manufacturing equipment to prevent unauthorized use, or for safety reasons. For example, if an emergency stop switch is pressed it may require a keylock switch to be turned in order to reset the machine. Keylock switches may also be used for safety such as on the control box for blasting and demolition operations and on computers in place of additional passwords.

A disk tumbler (also spelled disc) is composed of slotted rotating detainer disks. A special key rotates the disks to align the slots and allow the sidebar to drop into the slots and open the lock. They do not use springs. Disk tumbler locks are better suited for areas with harsh conditions and are often used at outdoor locations like railroad and public utility installations.

The pin tumbler is a locking mechanism that uses pins of various lengths to prevent the lock from opening without the correct key. It is commonly used in cylinder locks.

Wafer locks use a set of flat wafers to prevent the lock from opening without the proper key. It is composed of a single piece, but functions much like the pin tumbler lock. 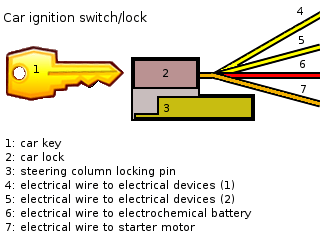 Also known as a tubular pin tumbler lock, a tubular lock is a type of pin tumbler lock in which six to eight pins are arranged in a circular pattern and the corresponding key is tubular or cylindrical in shape.

A ward lock uses a set of obstructions, or wards, to prevent the lock from opening without the correct key. These are mostly used in the UK and Ireland for internal and external doors and in America for inexpensive padlocks.

A double sided key has two sets of teeth, a standard upper level and a lower, less defined level. These are more difficult locks to pick than single sided keys which only have one set of teeth.

Switches may have two or many contacts, may turn in one direction or two directions, may be momentary operation, or on off or some combination. The switching can be normally open or closed or change over. 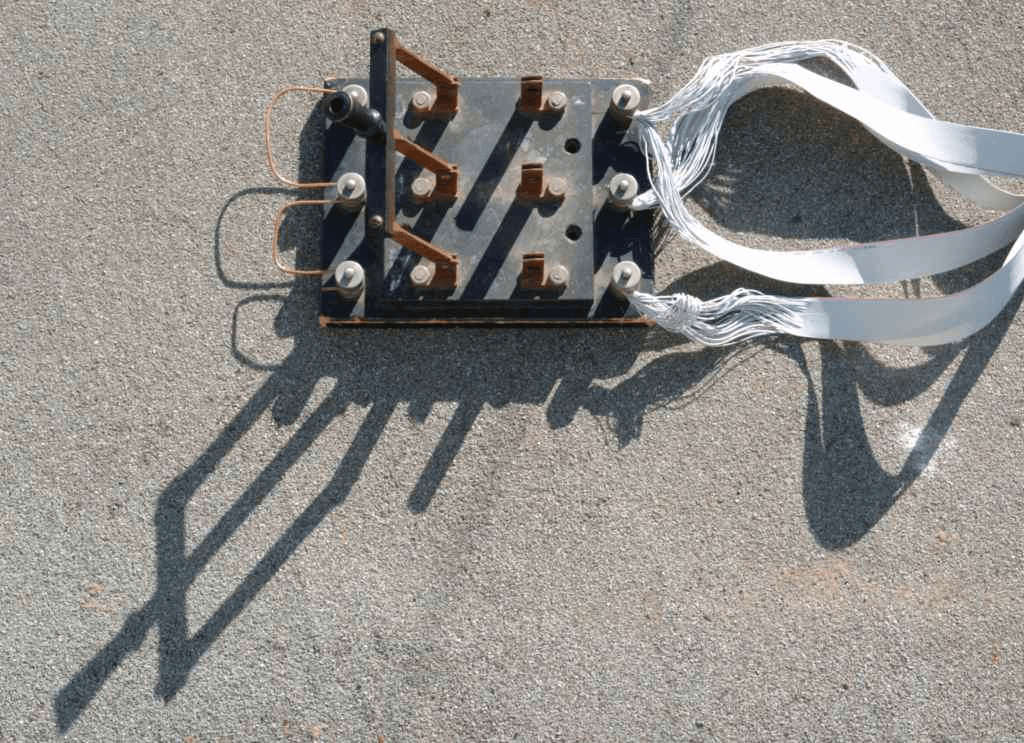 The number of decks is the maximum number of decks that can be attached to a common, actuated shaft. They are also called a section, wafer, or module. There are two basic styles: single-deck and multi-deck. Each deck is a round plate with an arrangement of contacts. Single deck switches can control several circuits at a time. Multi-deck switches can control several circuits simultaneously.

Number of Poles Per Deck

The number of poles per deck is the number of separate circuits that can be activated through a rotary switch per deck. The output connections are usually called ways instead of throws. The construction of the switch provides a total of 12 ways but there may be 1, 2, 3, or 4 poles. The rotating contact will channel the signal from the pole to the output terminals. The number of terminals required determines how many positions a switch will have.

Materials of construction for the base or housing and key or switch knob material of keylock switches includes metal and plastic. 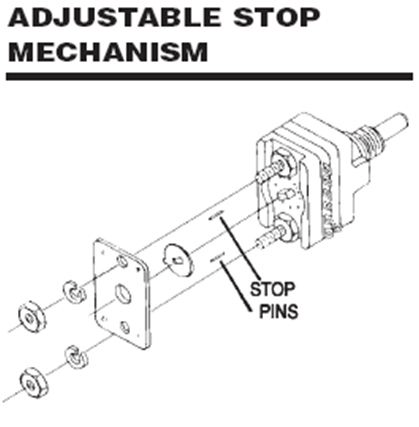 Keylock switches with an adjustable or continuous stop are commonly available. The stop style should be selected based on the need of the application.

Adjustable stops give the user the option to stop when desired. Adjustable stops allow the user to take a 12-position switch and adjust it to have any number of positions between 2 and 12. This stop should be used for low volume requirements.

Fixed stops have the stop positions come fixed from the manufacturer and are not changeable by the user. They are better for volume production requirements so the user does not have to adjust the switch.

There are two basic contact styles for keylock switches: shorting and non-shorting.

Momentary ON - Momentary on is a feature in which the switch maintains its position for only as long as it is positively loaded or actuated; returns to unloaded position when it is let go (for example, an ignition switch).